The suspect’s father had on Friday filed a plea against 3-day custody of his son given to the CBI by the Juvenile Justice Board. 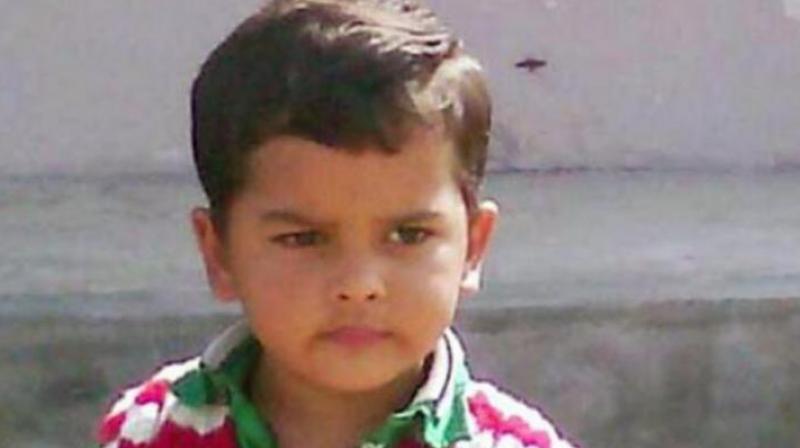 Pradhuman was found with his throat slit in the school washroom in Gurgaon on September 8. School bus conductor Ashok Kumar was arrested by the Haryana police in connection with the crime. He was recently granted bail by a lower court.

Gurgaon: A day after the father of a 16-year- old suspect in the Gurgaon schoolboy killing filed a plea against his son’s CBI custody, the vicitm’s father on Saturday said the petition would be challenged in the court.

The father of the suspect had on Friday filed the plea against three-day custody of his son given to the Central Bureau of Investigation by the Juvenile Justice Board.

The petition said the board “erroneously and illegally” granted remand to the CBI and demanded that every other action taken by the agency pursuant to the legal order be established null and void.

The father is furious as the provisions of Section 10 of Juvenile Justice Act 2015 have been breached and so he moved the plea against the November 8 order to the CBI, it said.

The petition said the suspect did not have a previous criminal history and mentions how he was allegedly beaten up, manhandled and forced to confess to the crime by the investigators.

The Section 10 of Juvenile Justice Act 2015 says that the juvenile in conflict with the law under no circumstances can be put in jail and further the JJB had no authority to grant remand of a juvenile to the investigating officials, the petition said.

The next hearing in the matter will be on December 12 in the court of additional session judge Rajni Yadav.

Sushil Tekriwal, the lawyer for Pradhuman Thaukur’s father, said he would oppose the plea of the accused’s father on the next date of hearing.

Mr Tekriwal said the father wanted to save his son who was already found guilty of killing Pradhuman in a probe by the Central Bureau of Investigation.

Pradhuman was found with his throat slit in the school washroom in Gurgaon on September 8. School bus conductor Ashok Kumar was arrested by the Haryana police in connection with the crime. He was recently granted bail by a lower court.