Amrinder Singh, in his letter, said that he was hurt, shocked and angry at the declaration of a public health emergency in Delhi. 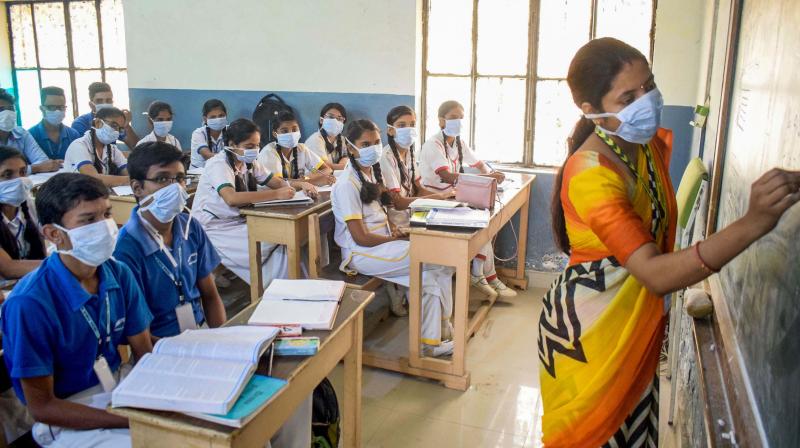 Mr Singh, in his letter, said that he was hurt, shocked and angry at the declaration of a public health emergency in Delhi. “This unprecedented development has exposed the hollowness of our claims of being a progressive and developed nation. How can a country be called developed when its capital has been reduced to a gas chamber, not by a natural disaster but by a series of man-made one,” the Punjab CM said.

“No Indian, and definitely no person in Punjab, is oblivious of the misery of our brethren in the national capital, whatever many around the country might have been led to believe,” he said.

He also stressed the need for the Centre’s urgent intervention. He concluded his letter saying: “After all, what is at stake goes way beyond our petty political ambitions.”

Mr Khattar criticised the “growing tendency” of some stakeholders to “play petty politics” on the issue. The chief minister, in a telephonic conversation with Mr Javadekar earlier in the day, requested him to convene a meeting, preferably on Sunday, to prepare a well thought-out strategy that would synergise the efforts of different rganisations and the governments in the region.

He said as no single person, organisation or government can improve the quality of air in the NCR, “playing politics” on this serious situation is unfortunate and, in itself, a matter of concern. Following up his conversation with a letter,

Mr Khattar said the meeting of all chief ministers and environment ministers of the states concerned would help evolve an actionable plan and a joint strategy to address the serious situation and to mitigate the suffering and hardships of people. Mr Kejriwal sought Mr Javadekar’s intervention into pollution-related problems and work on a concrete plan to deal with the issue of stubble burning.

Mr Kejriwal noted that the high level of pollution was not only a health hazard for the citizens, but it also shows India in a poor light in the eyes of visiting dignitaries. “What is the total number of machines required in each of the three states to ensure complete stoppage of stubble-burning?” he asked.

The letter comes on a day when Mr Javadekar slammed Mr Kejriwal for “politicising” the issue of stubble-burning by asking schoolstudents to write letters to his Punjab and Haryana counterparts over pollution caused by such fires.

Pollution levels in Delhi and neighbouring cities dropped marginally on Saturday with slight increase in wind speed and light rains, a day after the region recorded its worst air quality forcing authorities to shut schools, ban all construction activities and declare a public health emergency.

Light scattered rainfall due to a western disturbance slightly brought down the city’s overall air quality index (AQI) to 402 at 8 pm from 407 at 10 am. It was 484 at 4 pm on Friday, according to official data.

In the National Capital Region (NCR), Ghaziabad, Noida and Greater Noida recorded AQIs of 455, 432 and 429, respectively, at 8 pm on Saturday. On Friday, Ghaziabad and Greater Noida had an AQI of 496 at 4 pm, the Central Pollution Control Board (CPCB) said.

In a crackdown on violators, authorities arrested 34 people including a director and three engineers, from sites of five real estate groups in Noida and Greater Noida for carrying out construction activities despite the ban.

The South Delhi Municipal Corporation issued challans of `5 lakh to each of the four companies involved in the ongoing development work at Pragati Maidan for violating the National Green Tribunal order pertaining to construction work.