Authorities record stubble burning in UP for 1st time this season. 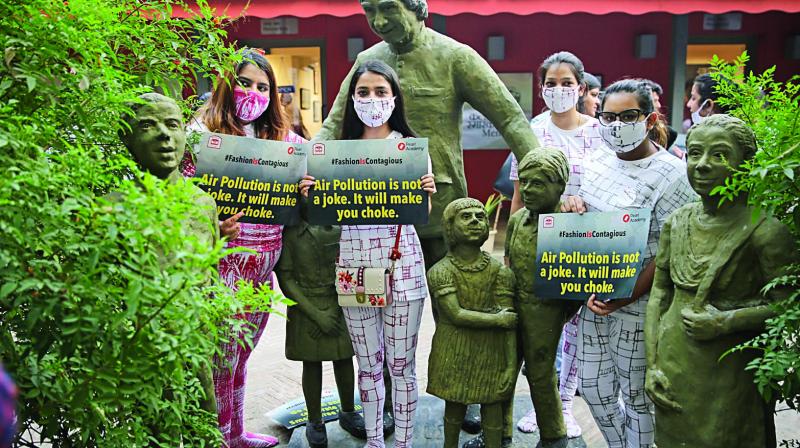 NEW DELHI: Delhi’s air quality remained in the very poor category on Friday as authorities detected stubble burning in Uttar Pradesh for the first time this season after Punjab and Haryana, which they said may add to the pollution woes of the national capital. The authorities warned that the air quality would severely deteriorate from next week.

IITM, an institute under the Earth Sciences Ministry, said the highest fire count was observed from the north-west region of India, which comprises Rajasthan, Punjab, Haryana and parts of UP.

The air quality index (AQI) of the national capital was recorded at 368 which falls in the very poor category, according to data by the Central Pollution Control Board.

The PM2.5 level was recorded at 210. Fine particulates can be a matter of more serious health concern than PM10 (particles in the air with a diameter of less than 10 micrometres). Four areas in Delhi recorded “severe” air quality while 29 areas recorded “very poor” air quality, according to the CPCB data.

Stubble burning incidents were recorded from Uttar Pradesh on Friday for the first time this season after Punjab and Haryana where such practice is rampant, the Centre-run System of Air Quality Forecasting And Research said.

An official said that this is the first time this season that stubble burning was detected from Uttar Pradesh.

The IITM said fire counts in the northwestern past of India was highest so far on Thursday.

The Safar said the AQI of Delhi-NCR would continue to remain in the upper range of the “very poor” category in the next three days. “This is mainly due to weather conditions as stubble contribution is marginal now. The moisture intrusion over Delhi and surrounding regions due to the westerlies disturbances will increase with effect from November 4 to enhanced holding capacity of atmosphere resulting in increase in PM2.5 levels,” the Safar website said.