In July, Mr Satyarthi had held a roundtable meeting with faith leaders in the national capital to speak with them on their views. 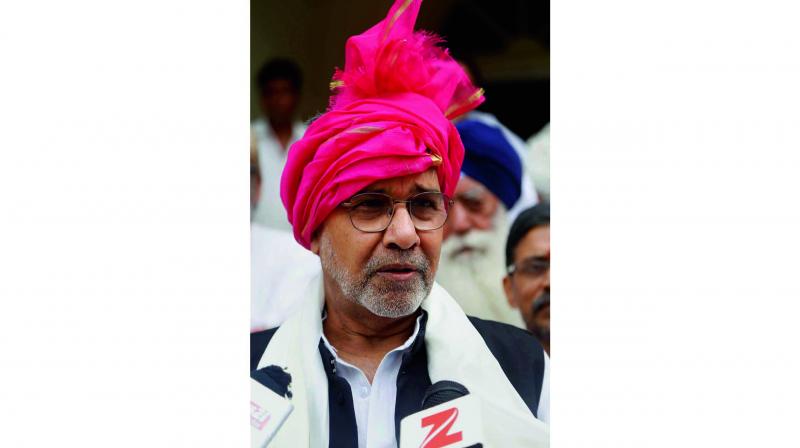 New Delhi: Spiritual leaders across the faiths of Islam, Hinduism, Christianity and Sikhism from Ajmer met with Nobel Peace Laureate Kailash Satyarthi, who has been actively seeking support from all religious leaders across the land to join the fight to combat child sexual abuse and trafficking.

In July, Mr Satyarthi had held a roundtable meeting with faith leaders in the national capital to speak with them on their views and their religion’s views on how best to combat the growing menace of violence against children.

This meeting in Ajmer is a follow-up to the roundtable, and he will continue to seek support and speak with faith leaders in states across India to further his mission and vision of an India, which is safe for its children.

“Every religious head I have spoken with, every faith leader I have met, has expressed support and a true willingness to fight for children. This is the beauty of religious diversity in India. They endorse my view, that child sexual abuse and trafficking is an issue which blurs the boundaries of region and religion as we must come together to fight against these heinous crimes”, Mr  Satyarthi said.

He emphasised to the leaders, that with their numerous followers and disciples, the power of religion would herald a revolution and incite a mass awakening and an urge to fight for the safety and security of the country.

“Faith leaders command the trust and faith of millions of people around the country and they must work towards sensitizing them, creating awareness and ultimately finding solutions to the evil of child abuse,” he added.

“The kidnapping of children and then forcing them into criminal activities is a heinous crime. Such incidents involving children are excruciating and the perpetrators must be labelled as criminals and treated accordingly. We stand with Kailash ji and support his work to create awareness about these issues,” Swami Shivjyotishnand said.

Furthering his statement, Father Cosmos Shekhawat said, “There is an urgent need to raise our voice against this crime. Forcing children to work and threatening them, is choking any chance at securing a normal childhood for them. We are with Kailash ji and assure him that he has the support of each and every person in this society for his cause.”