The number of unsafe or dangerous buildings under the New Delhi Municipal Council stands at 124, Hansraj Gangaram Ahir said. 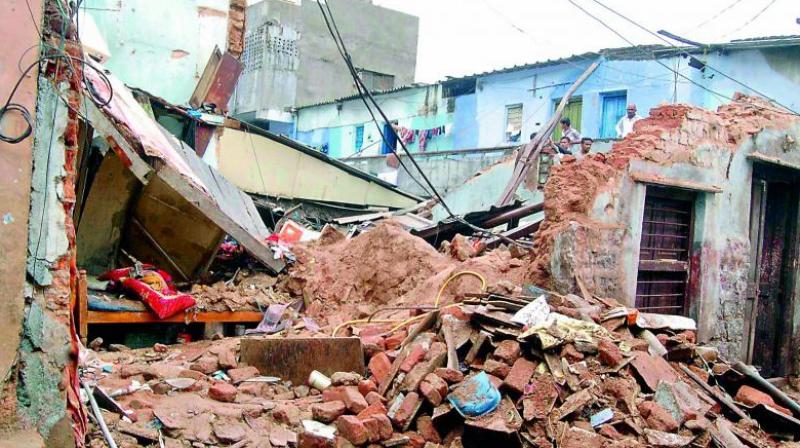 New Delhi: As many as 2,297 residential buildings under the CPWD in Delhi have been identified as "unsafe", the Lok Sabha was informed on Thursday.

The number of unsafe or dangerous buildings under the New Delhi Municipal Council stands at 124, Union Minister of State for Home Affairs Hansraj Gangaram Ahir said.

Also, 17 buildings have been found "unsafe" in areas falling under three municipal corporations, with 14 in north, two in east and one in south Delhi.

"The Central Public Works Department (CPWD) has informed that 2,297 buildings have been identified as unsafe residentifial buildings in Delhi," Ahir said in a written reply.

The three municipal corporations, New Delhi Municipal Council and CPWD intimated that every year the survey of unsafe/dangerous building is carried out and necessary action for demolition of the same is undertaken, it stated.

The reply also said that this is a continuous process every year and corrective action is taken.