Hauz Qazi calm but still in grip of fear and tension

A delegation, led by Vishwa Hindu Parishad’s (VHP) Delhi unit, on Tuesday gave an ultimatum of four days to the police to arrest the culprits. 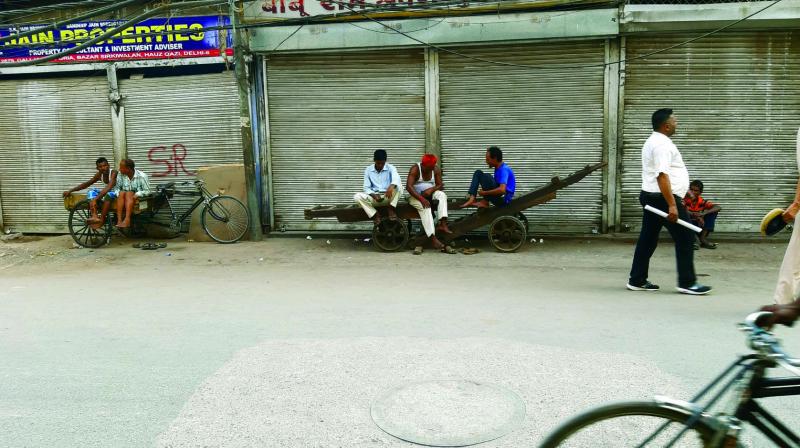 NEW DELHI: Situation at the Hauz Qazi area of Walled city is under control but fear and tension engulfed the area for last 48 hours since the two communities involved in a clash following which a temple was vandalised.

Strong posses of armed police personnel and para-military forces are on their toes, as the senior police officers of Delhi police are trying to assuage the feelings by reaching out to respectable people of the two communities. However, residents in the area said that some miscreants in the area have turned into a deaf ear and they are trying to escalate the situation. Later in the evening the issue between the two communities was resolved as the Aman committee offered to renovate the temple.

The Delhi police on Tuesday arrested two persons and apprehended a minor for rioting in connection with the communal clashes that panicked Lal Kuan area. The entire area looked like a fortress with police and paramilitary forces deployed in large numbers.

Jamshed Siddiqui, who was heading the Muslim community, said: “We have spoken to each other on the issue and decided that the Aman Committee would bear the expenses to renovate the vandalised temple. We want peace in the area as it was earlier. We condemn the incident and the culprits, who have vandalised the temple, must be punished”.

Bittoo, head of Durga Mandir Street, said: “Markets will be opened from Wednesday and the locals will bring back peace with the help of each other”.