The move by Mr Kejriwal comes as no surprise as he has already apologised to several others. 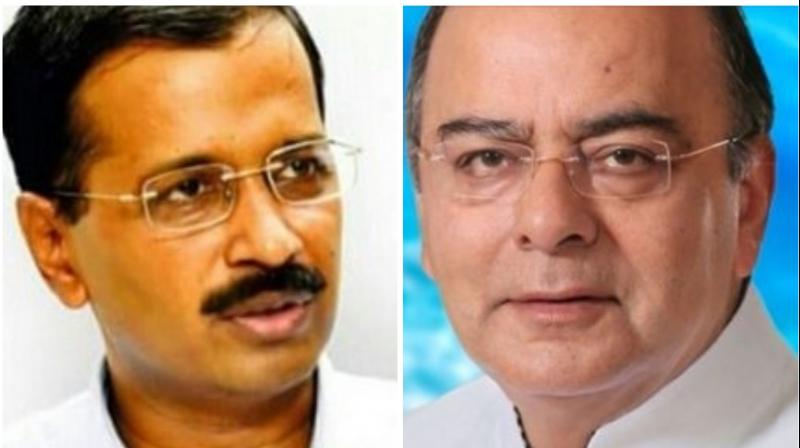 New Delhi: A joint plea by Union minister Arun Jaitley and Delhi chief minister Arvind Kejriwal was moved before a Delhi court, on Monday, seeking to settle the criminal defamation case filed by the former against the AAP convenor in the DDCA (Delhi and District Cricket Association) row.

Additional chief metropolitan magistrate Samar Vishal said the court will take up the application filed by Mr Jaitley and Mr Kejriwal through their respective counsels on Tuesday.

The move by Mr Kejriwal comes as no surprise as he has already apologised to several others. Earlier in the day, the two leaders had moved the high court jointly to “settle” their two-year-old litigation regarding the alleged defamatory statements made against the BJP leader after the AAP supremo apologised for his remarks.

The finance minister had on August 5 last year accused Mr Kejriwal and other AAP leaders — Kumar Viswas, Sanjay Singh, Raghav Chadha, Ashutosh, and Deepak Bajpai — of making a series of “false and defamatory” allegations. According to the joint application, other AAP leaders too have apologised for their statements against Mr Jaitley in connection with the irregularities in DDCA . However, a close aide of Mr Vishwas said that the AAP leader will not apologise to Mr Jaitley even as his party colleagues expressed regret for their comments.