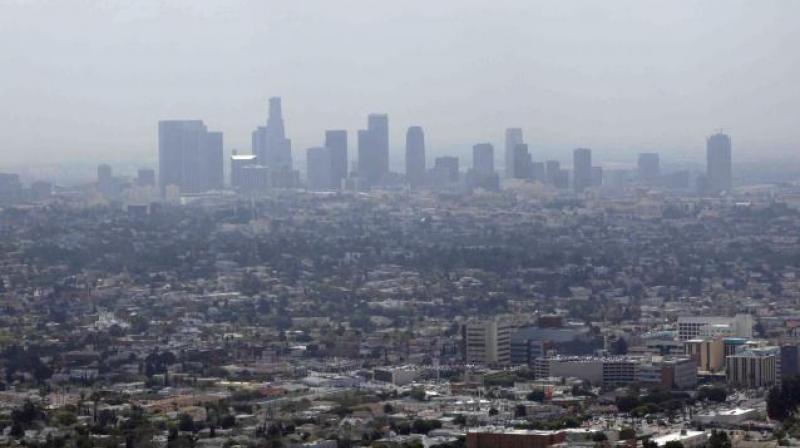 According to the Centre’s Graded Response Action Plan (GRAP), the emergency measures to combat air pollution will only come in if the “severe” levels persist for 48 hours.

New Delhi: Pollution in the city reached “hazardous” levels on Tuesday as the average concentration of ultra fine pollutants in Delhi’s air was three times higher than the prescribed safe limits.

The value on the air quality index (AQI) at 6 pm was recorded at 410, in the “severe” category, on a maximum scale of 500 as per the Central Pollu-tion Control Board’s (CPCB) website.

According to the Centre’s Graded Response Action Plan (GRAP), the emergency measures to combat air pollution will only come in if the “severe” levels persist for 48 hours.

Sunita Narain, a member of the Environment Pollution Control Author-ity (EPCA), a Supreme Court-appointed pollution watchdog, said they can issue advisories to different authorities to bring in “severe plus” measures only after 48 hours.

Under GRAP, which has an advisory for each category of air pollution — emergency, severe, very poor, poor, and moderate — the Supreme Court-mandated EPCA can issue a number of measures like hike in parking charges, car rationing scheme, banning entry of trucks, etc.