Vishwas, who is also a leader of the AAP’s PAC, had openly expressed his desire for a nomination to the Upper House of Parliament. 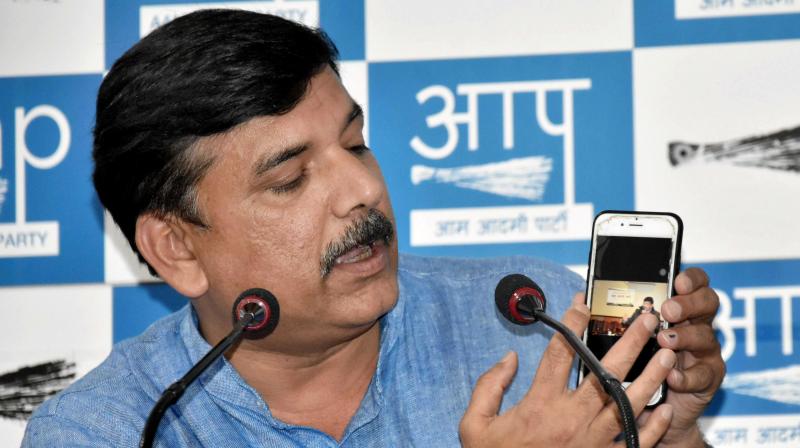 New Delhi: A day before the ruling Aam Aadmi Party (AAP) was to announce its three Rajya Sabha nominees, Sanjay Singh has emerg-ed as the sole consensus candidate, while a number of prominent names within the party are vying for the other two slots.

A senior party functionary confirmed that city-based chartered accountant N.D. Gupta and businessman Sushil Gupta’s names are in the reckoning as well while emphasising that a final call will be taken by the party’s Political Affairs Committee (PAC) on Wednesday.

“There are capable leaders like Ashutosh, Atishi (Marlena), Pankaj Gupta, Meera Sanyal, Ashish Khetan, and even Raghav Chadha in the party. It is but natural that there will be some heartburn if one name is picked over the others. So nothing can be said for sure even at this point,” the AAP functionary said on condition of anonymity.

Delhi CM Arvind Kejri-wal and his deputy Mani-sh Sisodia, who came back from Andaman on Tuesday after a short break, are likely to meet party MLAs before the PAC meeting.

Shortly after the other two names started doing the rounds, there were allegations that the two seats had been bought by the prospective candidates for a huge sum of money.

“If there is someone who can silence the fake nationalists in the Parliament, then it is Kumar Vishwas, but wonder who in the party is so insecure of his standing that he is hell bent on destroying the party,” Mr Patel tweeted.

Mr Vishwas, who is also a leader of the AAP’s PAC, had openly expressed his desire for a nomination to the Upper House of Parliament, but subsequently had a bitter fallout with the party’s top leadership.