Rally farmer dies after falling off from building

Though an MTech, Mahaveer, 52, helped his father in the farm. 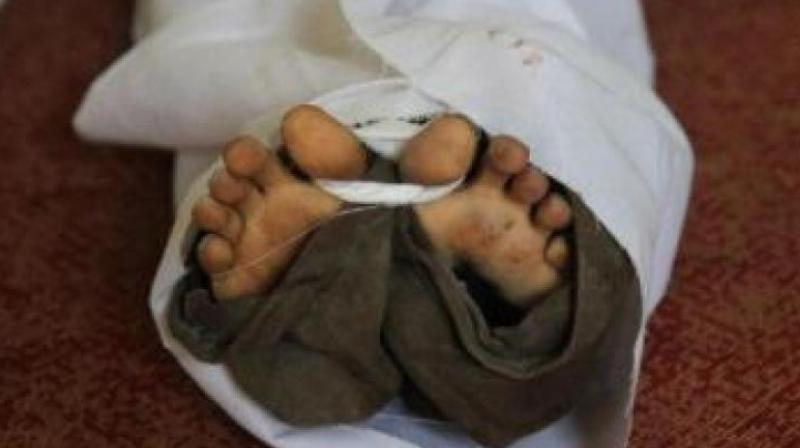 New Delhi: A 52-year-old farmer, who had come to the national capital from Kolhapur district in Maharashtra to participate in the farmers’ rally, was found dead under mysterious circumstances after falling from the third floor of Ambedkar Bhawan in Central Delhi’s Paharganj area in the wee hours of Saturday.

However, cops have ruled out any foul play in the case while they are investigating the case from all angles.

According to the police, the deceased has been identified as Kiran Santapa who had come to the national capital on Thursday night.

“We received a police control call at around 3:15 am where the caller informed us that a man has been found in a pool of blood lying on the floor at Ambedkar Bhawan, Paharganj. A team reached the spot and  rushed him to the Lady Harding Hospital where the doctors declared him brought dead on arrival,” said a senior police officer.

According to the other farmers, who had stayed back at the bhawan from different states said that they came to know about the incident early in the morning when the police reached the spot.

“It has come to light that he had come along with  fellow villagers to participate in the farmers’ rally and was staying in room No. 29 on the third floor at Ambedkar Bhawan. It appears that he had accidentally fallen from the 3rd floor corridor where he slept last night and no foul play is made out. The body of the deceased was taken to his home town by two of his acquaintances, after compliance of legal formalities,” said the officer.

Mahaveer Ginaapachogule, a farmer from Santapa’s village said that Santapa had come to the capital at 2 am on Friday and spent the night at the Bangala Sahib Gurudwara.

“In the morning, we joined the other farmers at the Ramlila Grounds and martched towards  Parliament Street. After the rally, we moved to  Ambedkar Bhawan. We had a train to catch in the evening at 8 pm. He slept at around 11 pm. When we woke up, he was found dead. We are not sure whether he fell accidentally or committed suicide,” said Ginnapachogule.

He added that Santapa was in debt and to make his pain heard, he had joined the protest.

“He lived with his parents, wife, a son who is unemployed and helped his father in the field after doing his MTech. while a daughter is married,” said Ginnapachogule.