He claimed that his fast against pollution was supported by Delhi BJP president Manoj Tiwari. 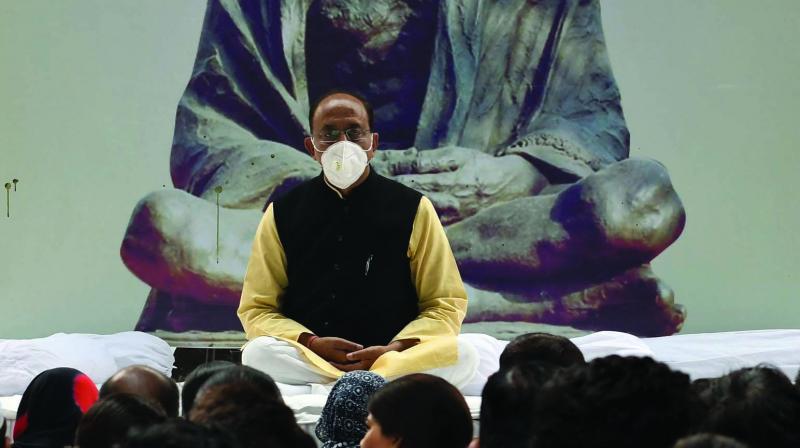 Mr Goel said that he is fasting because of two reasons—firstly, he is appealing to the people of Delhi to co-operate in reducing pollution levels and secondly to pressurise the Arvind Kejriwal government to take some action.

“The Kejriwal government did not do anything in reducing the pollution levels in the last five years, but it is about time that they wake up and take some action. SAFAR, CPCB, and other environmental organisations have stated that stubble burning contributes only four to 10 per cent in pollution levels. The rest 90 per cent is because of internal sources in Delhi like dust pollution, construction dust, industrial pollution, burning plastic waste, etc.

“This fast is an indication that everyone should contribute in reducing pollution and stand up against the Delhi government’s failures and callousness,” Mr Goel said.