Immigration dept operates 75 counters each at arrival and departure terminals. 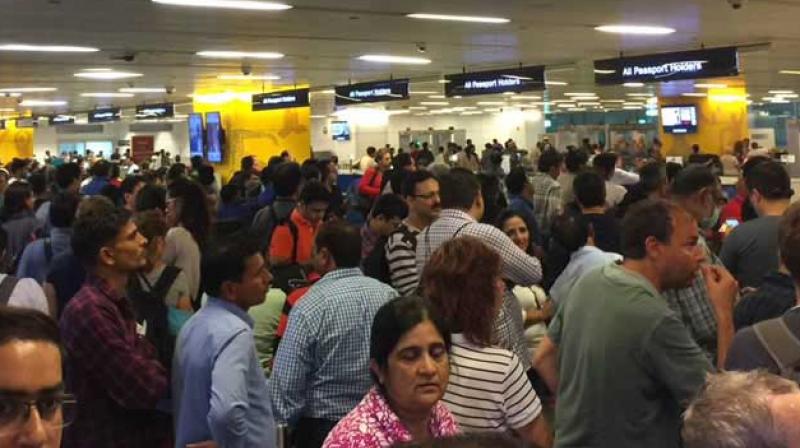 Passengers coming from abroad are facing a tough time as immigration clearance is taking more time than usual.

New Delhi: Chaos prevailed at T3 of Indira Gandhi International Airport (IGI) on Tuesday after scores of travellers, including foreigners, had a harrowing experience in serpentine queues at immigration counters.

At present, the immigration department operates 75 counters each at arrival and departure terminals, including for e-visas, in the IGI. The Union civil aviation ministry, however, insisted that opening more counters wasn’t the solution, not when the immigration officials don’t properly man the existing counters during peak hours. Besides, there have been allegations that many immigration officers leave the counters in rush hours on long breaks and that some of them were not even well trained, they added.

According to an official, another reason in the increase of passengers was also due to grant of e-visa to citizens of more than 160 countries in the recent past. The Union home ministry officials have suggested manpower to be increased at the counters among others to cut the long queues short.