Bombay HC says no hawking in 150 meters of railway stations 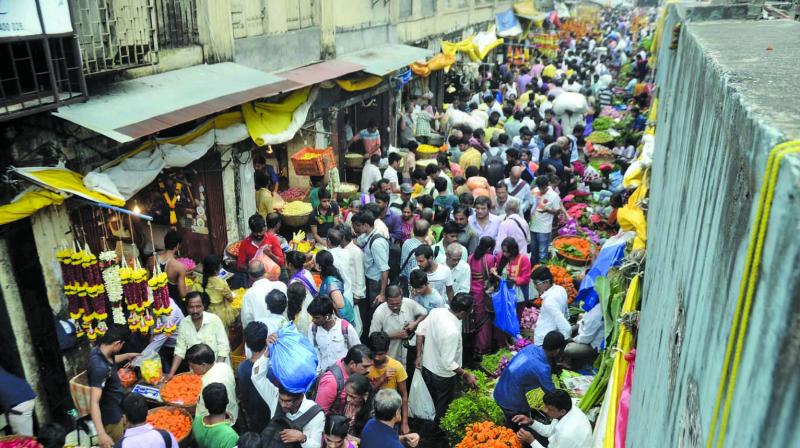 Hawkers obstruct a crowded road outside the Dadar railway station on the western side.

In the light of the Elphinstone Road foot-over-bridge (FOB) stampede that left 23 dead, the HC refused to give any relief to street vendors seeking permission to carrying out their business in areas not demarcated as hawking zones, particularly railway bridges and outside stations. A division bench of justices B.R. Gavai and M.S. Karnik was hearing a bunch of petitions filed by street vendors that contended that under the Street Vendors Act, municipal authorities could not evict them and they are permitted to peddle their wares anywhere.

Referring to the Elphinstone Road railway station stampede, the HC said, “There was commotion on the bridge, which led to loss of 23 precious human lives. The presence of large number of hawkers on the FOB is said to be one of the major contributing factors in the mishap.”