BJP workers tried to move towards Delhi Secretariat but were stopped by the police. 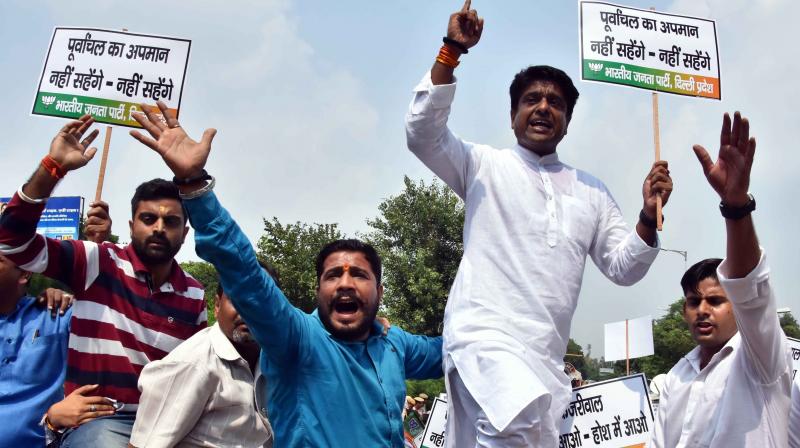 BJP workers during a protest on the Purvanchal issue in New Delhi on Tuesday. (Photo: ASIAN AGE)

New Delhi: Hundreds of the Delhi BJP workers on Tuesday took to the streets to protest against chief minister Arvind Kejriwal’s remark that the influx of patients from Bihar and other states was the reason behind long queues at government hospitals in the national capital. The protestors lead by former Delhi BJP president and Rajya Sabha member Vijay Goel gathered near the ITO carrying placards and raised slogans against the Aam Aadmi Party (AAP) and Mr Kejriwal.

BJP workers tried to move towards Delhi Secretariat but were stopped by the police. “Police did not allow us to move ahead. Mr Kejriwal’s remark hurts the feelings of Purvanchali people. He himself came to Delhi from Ghaziabad and Haryana. If he will say things like this then we will have to take to the streets. Our children also go to other states,” said Mr Goel. Mr Kejriwal has visited Bangalore for treatment in the past.