Eye on polls, Kejriwal offers free power up to 200 units

Under the “free lifeline electricity” scheme, those consuming 200 units of electricity each month will get no bill. 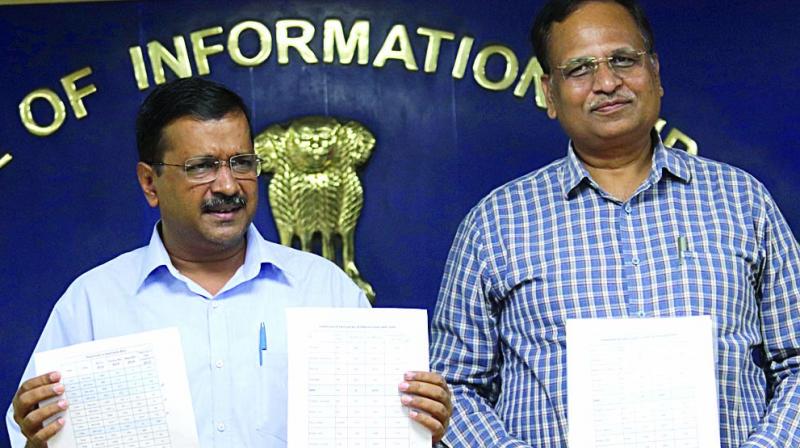 New Delhi: Ahead of the Delhi Assembly elections, chief minister Arvind Kejriwal announced, on Thursday, that people consuming up to 200 units of electricity won’t have to pay power bills with immediate effect.

Notably, the government has already been providing 50 per cent subsidy to those who are consuming 201 to 400 units of electricity.

Mr Kejriwal’s decision comes a day after he announced there would be no hike in electricity tariff for the fifth consecutive year in Delhi. It also comes less than eight months ahead of the Assembly polls in the national capital.

Mr Kejriwal’s decision to waive off power bills is bound to have a major impact on the outcome of the Assembly elections which is due in February next year.

Mr Kejriwal’s Aam Aadmi Party (AAP) had benefited immensely in the previous state elections as the AAP supremo had promised to provide 50 per cent subsidy to consumers consuming less than 400 units of electricity.

The government’s move will cover about 35 per cent consumers in the national capital whose usage is less than 200 units in summer. During winter, power consumption of about 70 per cent people is below 200.

Reacting quickly to the government’s decision to provide free power to consumers consuming less than 200 units, BJP termed this as an election strategy.

The Delhi Congress, however, demanded that AAP government should provide free of cost electricity for at least one year for collecting crores of rupees on account of fixed charges and pension fund for the past one-and-half years.

“Today the cheapest electricity in the country is in Delhi,” the chief minister said, calling it a “historic decision” that would help the “aam aadmi (common man).”

Under the “free lifeline electricity” scheme, those consuming 200 units of electricity each month will get no bill.

The CM said that the government will have to spend Rs 1,800 crore-2,000 crore on power subsidy annually.