Some of these are now parked at the Vaishali Metro station parking lot during the peak hours. 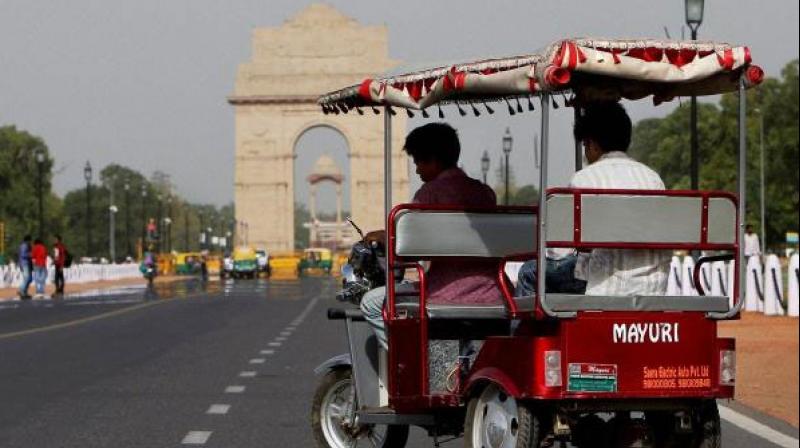 “There is no connectivity in our area. Moreover, these e-rickshaws are cost effective,” said Rohit Sharma, a regular commuter. (Representaional image)

It was a good initiative which was started with great pomp. However, it failed to deliver. These vehicles are disappearing from the city roads for unknown reasons.

“Auto drivers deliberately blocked the roads to stop the way of these e-rickshaws. The e-rickshaw concept was a good initiative. However, due to poor management and the auto mafia, this service has disappeared from the roads within a month of its launch,” said Anamika Verma, a commuter at Vaishali Metro station.

“There is no connectivity in our area. Moreover, these e-rickshaws are cost effective,” said Rohit Sharma, a regular commuter. The e-rickshaws are economical as compared to auto-rickshaws and make commuting a faster process than manual rickshaws.

Meanwhile, DMRC (Delhi Metro Rail Corporation) said that it cannot comment on this issue as the e-rickshaw project is run by a private operator. The specially designed e-rickshaws provide last mile connectivity within an area of 3-4 km around the Metro stations. They are also enabled with CCTV and GPS.

DMRC tries to incorporate eco-friendly initiatives in all spheres of its functioning. So, ensuring dedicated e-rickshaw ser-vice at the Metro stations will enable the commu-ters to choose between non-polluting public tran-sport modes and personal vehicles. One of the operators of e-rickshaw services aims to introduce 610 such vehicles at eight ope-rational Metro stations in Noida and Ghaziabad within one year.