The community members expect that this visit will bring the two nations closer and help improve their ties and people-to-people contact. 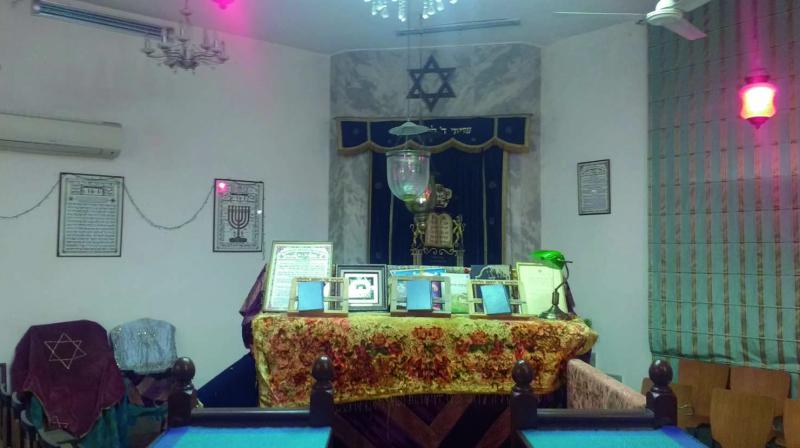 New Delhi: A tiny Jewish community living in the national capital is eagerly awaiting Prime Minster Narender Modi’s historic Israel visit, which is scheduled for July 4. Mr Modi will become the first Indian Prime Minister to visit Israel. The community members expect that this visit will bring the two nations closer and help improve their ties and people-to-people contact.

“Both India and Israel want to dominate the world not only through their military might, but also through science and technology, culture, civilisation, and new inventions that will help humanity,” said a former Israeli soldier who attends “Shabbat” (a day of rest and celebration) at Chabad House in Paharganj.

There are around 10 Jew families (about 40-50 people) living in the national capital. The settlement of the community dates back to many centuries, even before the British colonial era. Later, a few German and Polish Jews, who escaped the Holocaust, also settled in the city.

Reciting the verse “Janani Janma-bhoomi-scha Swargadapi Gariyasi” from the great Hindu epic Ramayana, Ezekiel Issac Malekar, the honorary secretary and priest of Judah Hyam Synagogue at Humayun Road, said: “India is in my blood. I was born here. I am an Indian first and a Jew later. I have immense respect for the holy land that is Israel, which is in my heart. I can’t categorically love or differentiate the two nations. There is an equal quantum of love and respect for India and Israel. We are living here in India for the last two thousand years and have preserved our culture without any problem for centuries. PM Modi’s Israel visit will certainly boost the ties between these two great nations.”

“There are many similarities in Israel and India. Both countries are determined to become world power. The lands of these countries have always fascinated foreigners; India because of its spices and Israel because of its holiness. Both countries had many foreign invaders, conquerors, and settlers — all claiming it to be theirs. The histories of both these countries are sequences of different conquerors who arrived from different parts of the world,” said Joeb Shoot, a Jewish law-yer and armature photographer from Johannes-burg in South Africa.

Around 600-700 Jew tourists often come to the national capital on a daily basic from different parts of the world and many of them pay a visit to Chabad House for social gatherings and prayers.

“I served in Israeli forces and I’m a resident of Jerusalem. I have read a lot about India and want to visit the country. Since 1992, our bilateral relations have flourished. Today Israel is India’s biggest partner in defense trade after Russia. India is the only country in the world where Jews have not been persecuted and never will be, I believe. However, we avoid Kashmir as it is severely affected by militancy. Otherwise, we feel safe and secure to visit any part of India,” said a former Israel Defence Forces personnel on the condition of anonymity.