The team had concluded that after four months of surgery, risk to life is “very low” and they can be discharged and shifted back to Odisha. 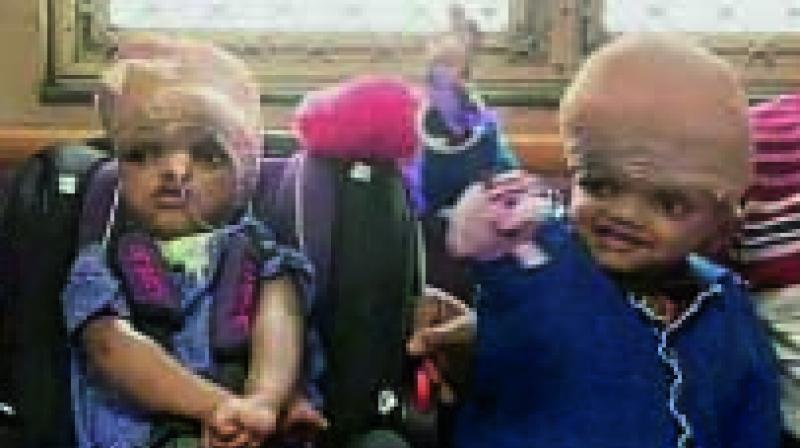 The twins at AIIMS after the surgery.

New Delhi: All India  Institute of Medical Sciences (AIIMS) has told the National Human Rights Commission (NHRC) that the conjoined twins from Odisha, who were separated after a surgery at the premier institute here, are “clinically well” and do not need specialised care.

This comes days after a petition seeking to prevent the shifting of the twins from AIIMS to its Bhubaneswar branch, following which the National Commission for Scheduled Tribes (NCST) has issued a notice to the Union health secretary and AIIMS director.

The twins, Jaga and Balia, were joined at the head which the doctors said was a rare occurrence. They were    separated after a 21-hour-long surgery in October last year. The AIIMS has also now told the NHRC that the twins medical requirements can be managed at any hospital in Odisha having good nursing and pediatric support.

In its reply to the NHRC, AIIMS said the twins were thoroughly evaluated by doctors. The team included pediatricians, pediatric neurologists, plastic surgeons, ENT surgeons, neuropsychologists and neurosurgeons.

The team had concluded that after four months of surgery, risk to life is “very low” and they can be discharged and shifted back to Odisha.