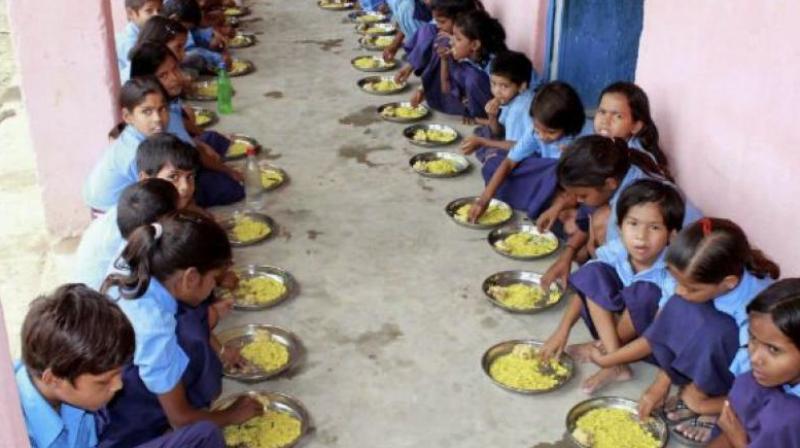 Police had also lodged an FIR against two operators of an NGO who supplied mid-day meals to the school in Deoli. (Photo: Representational Image)

New Delhi: The National Human Rights Commission has issued a notice to Delhi government over reports of a dead rat being found in a mid-day meal served to students at a school in south east Delhi's Deoli area.

The Commission today said it has taken suo motu cognisance of the reports, issued the notice to the Chief Secretary, and sought detailed report in the matter within four weeks, including the action taken against the agencies concerned.

Nine students of Government Boys' Senior Secondary School were taken ill on February 16 after consuming midday meal which allegedly had a dead rat in it.

Police had also lodged an FIR against two operators of an NGO who supplied mid-day meals to the school in Deoli.

"The Commission has observed that occurrence of such an incident, if true, amounts to violation of right to life of the children. It indicates towards serious lapse on part of the concerned agencies," the NHRC said in a statement.

The Chief Secretary has also been asked to inform about the steps taken to ensure that such incidents do not happen in future, the Commission said.

"Reportedly, there are 43 NGOs, which are catering to the requirement of mid-day meal to 18.46 lakh children of the schools run by Delhi government.