The number has almost doubled from the count on New Year’s eve last year said officials. 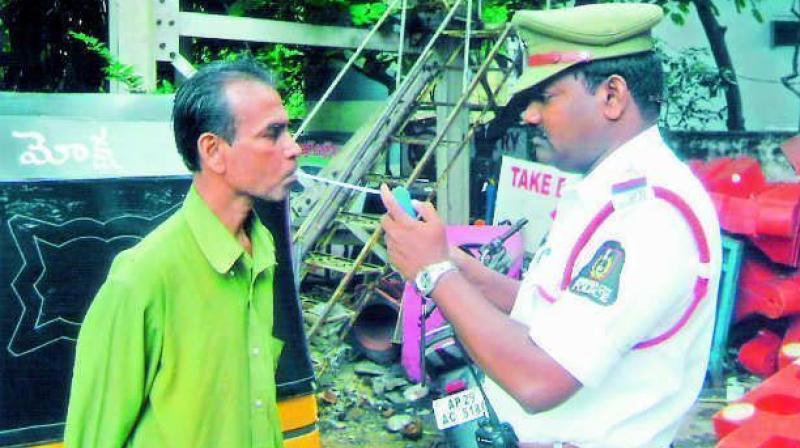 New Delhi: Delhi Traffic Police challenged 13,260 motorists for violating traffic rules out of which 889 were prosecuted for drunken driving on the eve of New Year.

In 2015, only 6,486 were prosecuted for committing various violations, including offences like drunken and dangerous driving, police said.

The incidents of over-speeding witnessed a sharp decline this year as only 78 motorists were prosecuted as opposed to 335 on the night of December 31, 2015.

However, the incidents of riding without helmet increased almost six times as 4,022 motorists were prosecuted on Saturday night as opposed to 730 in 2015.

As many as 789 motorists were prosecuted for driving in the wrong carriageway as opposed to 148 on the last night of 2015.

As many as 2423 traffic officials were present till the wee hours to check any flouting of rules during the year-end revelries.

The incident took place around midnight. A group of men tried to pull down the woman from a bike and harass her.

Not withstanding chilly weather in the national capital, hundreds of revellers, soaked in festive spirit, thronged markets, restaurants, malls and multiplexes on Saturday to usher in the New Year, even as police maintained a watchful eye to avert untoward incident.

In order to ensure hassle-free experience on roads, traffic police had made elaborate arrangements on various routes across the city with special focus on areas in the vicinity of Connaught Place.

Among several restrictions imposed in the heart of Delhi, no vehicle was allowed to proceed after 8 PM towards Connaught Place beyond certain points including Mandi House, Bengali Market, DDU Marg crossing, GPO and Patel Chowk.