According to doctors, aortic stenosis is the narrowing of the aortic valve of the heart, which restricts blood flow to the whole body. 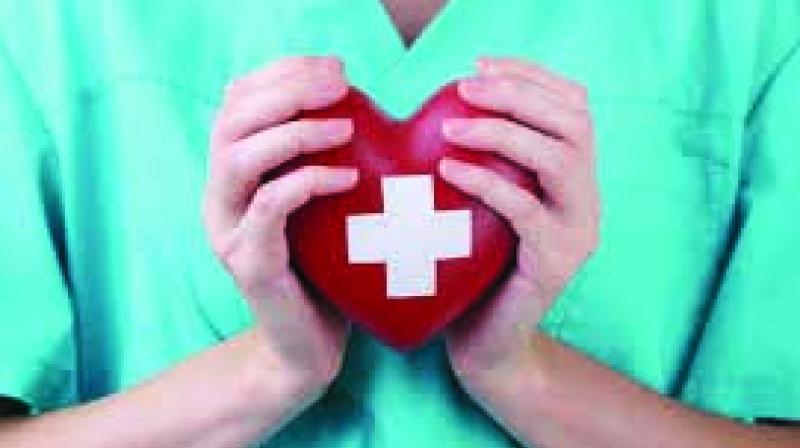 In clinical practice, atleast 30 per cent of the patients with severe symptomatic aortic stenosis do not undergo surgery for replacement aortic valve, owing to advanced age or presence of multiple co-existing conditions.

New Delhi: Doctors at a private hospital conducted an open heart surgery, which normally takes four to fiver hours, successfully in less than 45 minutes. Doctors at a Noida hospital performed hybrid procedure on a 76-year-old female involving angioplasty with stenting of the major artery along with transcatheter aortic valve replacement (TAVR) by using unique innovative pre-crimped and pre-loaded self expandable aortic valve. According to doctors, aortic stenosis is the narrowing of the aortic valve of the heart, which restricts blood flow to the whole body. It is one of the most common and most serious valve disease in which, patients usually complains of breathlessness and chest pain.

It mainly affects older people due to scarring and calcium built up and usually starts after the age of 60 years but does not shows symptoms until age of 70 or 80, informed Dr Purshotam Lal, chairman, Metro Group of hospitals. “About one in eight people over the age of 75 years may have moderate or severe aortic stenosis,” he said.

In clinical practice, atleast 30 per cent of the patients with severe symptomatic aortic stenosis do not undergo surgery for replacement aortic valve, owing to advanced age or presence of multiple co-existing conditions. The patient had a past history of hypertension since 15 years, hypothyroidism since 10 years, COPD (bad lung), severe osteoarthritis of both knees. She has been complaining of difficulty in breathing and chest pain and has been hospitalised many times. “Her coronary angiography revealed critical block of its main artery. Neither the patient was fit for surgery nor was the family ready for open heart surgery at any cost. Thus, the procedure was done under local anaesthesia from the groin area like any other angiography procedure. Initially angioplasty with stenting of the main artery was performed followed by 26 mm size pre-crimped self expandable valve,” said Dr Lal.

"Now the patient has come for three weeks follow-up and is doing well. This particular procedure of combination of innovative pre-crimped self expandable, ready to use valve Replacement along with angioplasty with stenting of the main artery makes this the first procedure of its kind in the world," he added.