The deluge led to waterlogging and traffic jams on many routes in the city. Many locals chastised Delhi CM Arvind Kejriwal for the chaos. 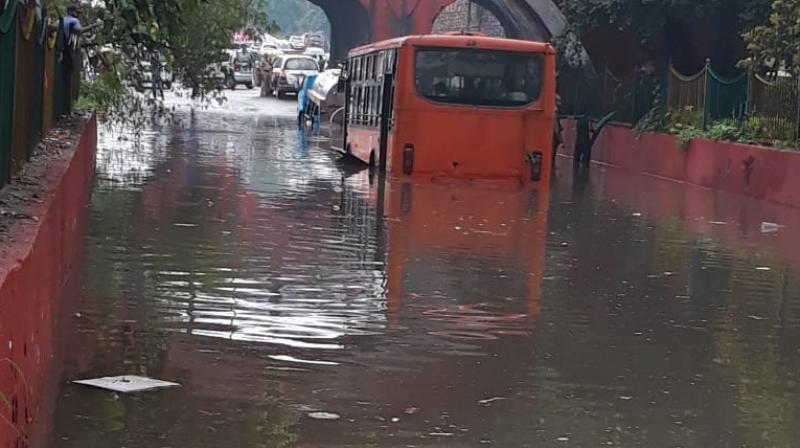 Streets were waterlogged near the Civic Centre at Minto Road and also in Civil Lines area where various cars were seen half-submerged in water. 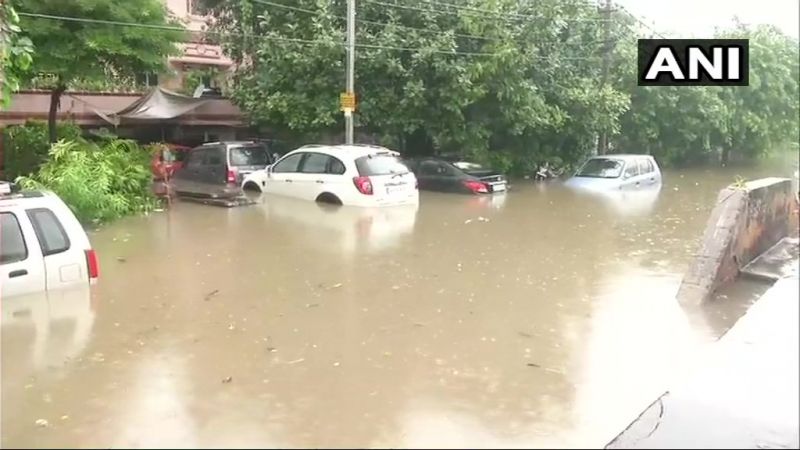 The deluge has led to waterlogging and traffic jams on many routes throughout the city. The Delhi Traffic Police is posting alerts and updates on its Twitter handle to inform the residents about which routes to avoid. 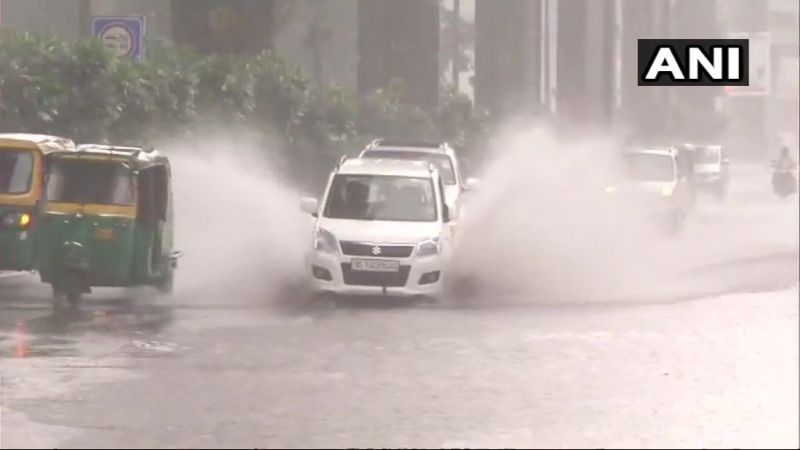 The traffic police has also asked people to avoid Delhi-Noida road towards Ashram where traffic was blocked after a bus broke down.

#Visuals of passengers being rescued from a bus that got stuck in waterlogged Ring road near Hanuman Mandir in Yamuna Bazar area, following heavy rainfall in parts of Delhi. All 30 passengers have been rescued safely. pic.twitter.com/ZnLPXc0wp1

The Rashtrapati Bhavan also had to cancel the Change of Guard ceremony due to heavy rains.

"The Change of Guard Ceremony on the Forecourt of Rashtrapati Bhavan will not be held today (September 1, 2018) due to heavy rain in New Delhi," the President House tweeted.

The Change of Guard Ceremony on the Forecourt of Rashtrapati Bhavan will not be held today (September 1, 2018) due to heavy rain in New Delhi

"Waterlogging was reported at Lajpat Nagar market, Pant Nagar bus stand and IP Marg near police headquarters. The traffic movement was closed on Bhairon road both ways due to waterlogging," the official said.

Narrating their ordeal, people stranded around the MCD Civic Centre, one of the worst affected areas, chastised Delhi Chief Minister Arvind Kejriwal for the chaos.

Speaking to ANI, a commuter said that the Aam Aadmi Party-led Delhi government failed to fulfill their promise of developing infrastructure and drainage in the capital. "Whatever they have promised so far is all based on lies. I am stuck in this traffic for the past two hours. They only make tall claims but do not make any efforts on the ground level," he said.

Another commuter claimed that his car was about to get submerged because of heavily waterlogged roads. "Luckily, I managed to escape the accident but it is very unfortunate that the government has not done anything for clearing up the monsoon mess," he added.

Delhi: Traffic jam near ITO in Delhi due to waterlogging caused by heavy rainfall in parts of the city pic.twitter.com/GUwSc0XcIt

Delhi has received 61 mm of rainfall since morning and the weatherman has predicted the downpour to continue throughout the day.

The Indian Meteorological Department forecast that rain and thunderstorms will continue in Delhi for the next two days.

For the next two days, rain and thunderstorm will continue in Delhi. In Haryana, Chandigarh and Delhi there is warning of heavy rainfall in isolated pockets for three days: K Sathi Devi, Scientist (India Meteorological Department) pic.twitter.com/Zz1bzh5GCI