The haat will have ample green landscaping as well, the general manager said, adding that a variety of plants and shrubs are being planted there. 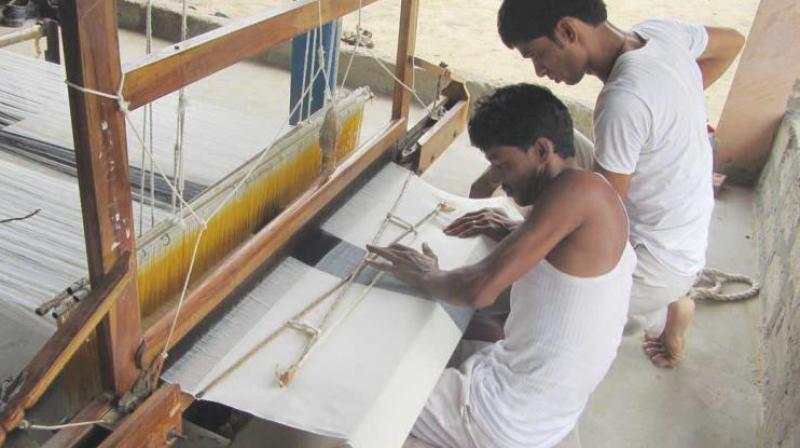 10-acre hub for weavers, artisans will have 146 stalls; UP to spend Rs 80 crore. (Representational image)

Noida: On lines of the ‘Dilli Haat’ in the national capital, Noida will soon get its ‘Shilp Haat and Bunkar Bhawan’ — a hub for weavers and artisans to exhibit and sell their handicraft, according to a top official.

The project, in Sector-33A of the city, is spread over an area of 10 acre being developed at a cost of Rs 80 crore, Noida Authority’s General Manager Rajeev Tyagi told. “The ‘haat’ will have 146 shops and stalls, a food court, an open theatre, a museum, office space for artisans and other such public utilities,” Tyagi said.

“The project is costing Rs 80 crore inclusive of civil, electrical and horticulture work,” he said. The haat will also be underground and surface parking in the complex, which is scheduled to get open in October, he said. According to the official documents, the project, launched on November 27, 2015, was initiated at an estimated cost of Rs 34.40 crore and supposed to have been completed by November 25, 2016.

The haat will have ample green landscaping as well, the general manager said, adding that a variety of plants and shrubs are being planted there.

“Earlier this week, inspection work was conducted at the haat. Natural grass is being prepared in the open area of the haat. Plant species including ornamental and climbers are to be planted,” he said.

Tyagi said the contracts for the tenders of plantation and green landscaping has been done with a condition that the contractor will have to take care of the plants for the first two years.

“During this period, if a plant dies or does not grow for any reason the contractor will be bound to replace it with the same species,” said General Manager, Mr Tyagi.

He said all the civil work has been completed and only the electrical works are pending, which are underway.