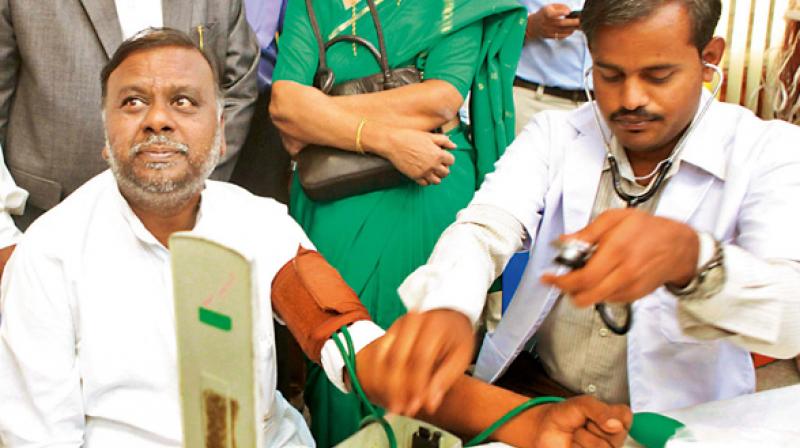 The NDMC said around 350 people have undergone consultation of AYUSH system of medicine like naturopathy, yoga, diet and nutrition.

Aimed at wellness of the morning walkers, this facility has been organised in collaboration with Fortis Escort and Moolchand Hospitals under the overall supervision of the NDMC secretary Rashmi Singh. The five gardens are Lodhi Garden, Nehru Park, Talkatora Garden, Children Park at India Gate and Sanjay Jheel at Laxmibai Nagar.

The doctors have detected 67 diabetes patients, 73 with hypertension, bone density done in 165 people of which 70 per cent have low bone density and 20 patients shown age related changes. The NDMC said around 350 people have undergone consultation of AYUSH system of medicine like naturopathy, yoga, diet and nutrition.

According to director (medical services), NDMC, Dr Ranbir Singh, 500 cards free of cost for ECHO and TMT test had been distributed to the beneficiaries in the camps on the occasion and added that the public response was highly encouraging and excellent. “The deficiency which had been occurred in these camps would be taken care of in the forthcoming camps,” said Dr Singh.

Doctor at Ram Manohar Lohiya Hospital, Dr S K Sharma, who is a regular morning walkers at Nehru Park, said that in the wake of hectic life styles, stress had become a major concern for people, especially in the metropolitan cities, so such types of awareness camps should be organized on regular basis by the government as well as civic bodies.