The report, based on the campaign spread over 2018, was released recently. 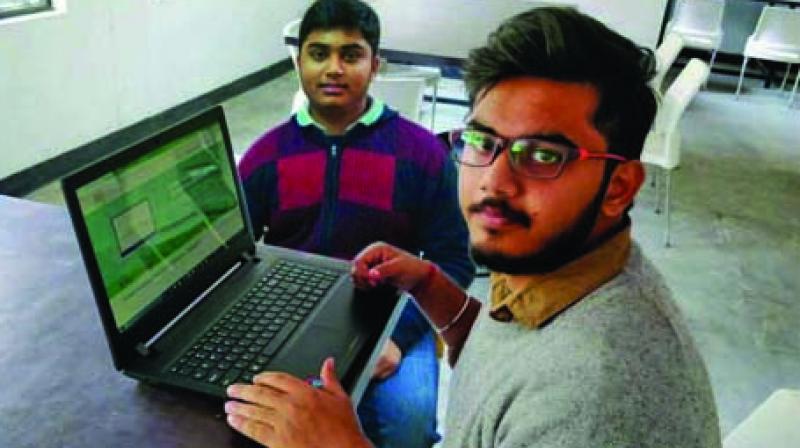 B. Tech student Aarambh and his younger brother Manan.

New Delhi: They may not be legally authorised to drive but nearly 1,000 schoolchildren from nine states have shown that it is never too early to inculcate road safety habits and discipline the future motorists, shows an online interactive campaign conducted by a B.Tech student and his younger brother from Class 12.

As part of a campaign, sadaksurakshaawareness@schools, students were engaged on various issues related with road safety through an online creative medium and a report called Alerta was collated, representing data and feedback of 908 students from nine states. The report, based on the campaign spread over 2018, was released recently.

“Data presented in Alerta is mainly for information so as to raise awareness on road safety issues. It also checks the current awareness level among school students in different states. This can help respective stage governments to chart out a campaign for road safety and engage schools for saving precious lives,” said Aarambh, a B. Tech (Electronics) student from Lucknow University.

His younger brother Manan, a Class 12 student from a Delhi school, also joined the effort to condition the interactive sections on their website Sadaksuraksha.in.

In the info alert section of the campaign, students were asked to take an online test on road safety related issues and the queries were framed in a way to to help them understand the information including the reasoning on the issues.

Participating students were divided into three categories, depending upon their classes in primary, middle and senior wing.

One of the questions asked was whether overtaking a vehicle while approaching a bend is permissible. The question was asked from students of Category A (Class III-V).

A total of 95 questions, related to issue like traffic rules and road signage, were asked in the campaign joined by students from 20 schools in Delhi, Haryana, Jharkhand, Maharashtra, Odisha, Punjab, Rajasthan, UP and West Bengal. SadakSuraksha.in launched an awareness campaign for school students on various issues related to road safety through an online creative medium.  The campaign aimed to inculcate spirit of road safety for self and others and help children imbibe the concept from early age.

As per National Crime Records Bureau (NCRB) report, one Indian is being killed every four minutes due to road accidents. According to a report of the World Health Organisation, about 3 per cent of India’s GDP — amounting to a staggering `3.5 lakh crores — is lost due to road accidents. This is for a country with a defence budget of `2 lakh crores, health and education budget of `37,000 crores and rural development budget of `80,000 crores. Aarambh said that all participants in their campaign would get a certificate that can be downloaded from the website.