Probe reveals a parking attendant, who did not wish to be named, saw Singh in CP at 10.15am. 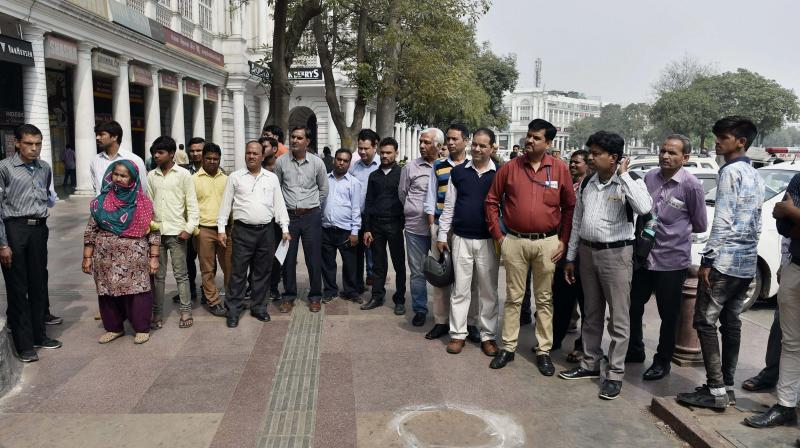 People gather around the spot where a man was shot at for resisting a snatching bid in CP. (Photo: PTI )

New Delhi: A 50-year-old man was allegedly shot in the back on Wednesday in Connaught Place outside a money exchange company when he resisted two masked men from snatching his bag.

The police said the injured Tasveer Singh, a resident of Rohini, was attacked in A Block of CP at 10.15am.  Mr Singh works at a money exchange bureau  near there.

Madhur Verma, DCP, New Delhi, said Mr Singh’s son is in jail and investigators are probing any possible links. There was no money in the bag and his injury was not serious at all. The DCP  said the CCTV footage has been accessed and angles of robbery and enmity are being probed. Probe reveals a parking attendant, who did not wish to be named, saw Singh in CP at 10.15am.

“I saw him walking towards his office. He was carrying a bag. Two youths with their faces covered were sitting under a tree. I think they tried to snatch his bag. The next thing I heard was a gunshot, and when I looked the two men were running away,” he said.