Ajith Kumar’s love for nature took him on an unforgettable trip to Meghalaya’s Garo Hills. 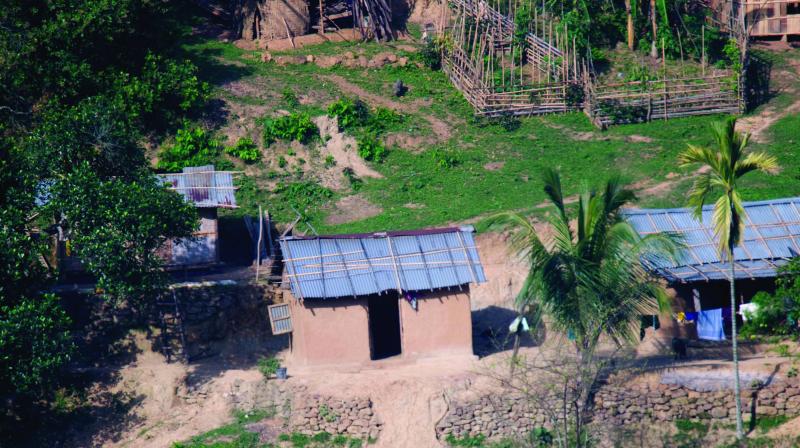 A village In Bangladesh Border

Ajith Kumar U. has always been interested in the study of flora and fauna, especially reptiles and amphibians. When career took the Payyannur native to Bengaluru, where he works as a techie, he never let it go and travelled to places where he loved to observe and photograph the diverse fauna and document it. One such trip took him to Garo Hills in Meghalaya, where he spent nine good days.

Recalling the memorable trip, Ajith says, “Northeast is usually a place people remember only during elections. There’s more to the place, which is culturally diverse, ecologically balanced and a perfect study case of anthropological importance. Meghalaya has more than 30 languages, most of which lack script. It’s an interesting place that needs proper documentation.”

Spread across five districts, the Garo Hills are part of the Garo-Khasi Range comprising the Meghalaya subtropical forest region known for its natural caves and rich reserve of flora and fauna. “There is a huge population of butterflies and frogs in the area, which is a biological indicator of soil health. The people here are mostly tribals, known as Garo people – 90 per cent of them Baptist Christians and others are the followers of traditional animist religion Songsarek. Believed to have roots in Tibet, the language and lifestyle of Garo people are heavily influenced by Sino-Tibetan culture,” he says.

Northeast being a favourite destination, Ajith and his four friends flew down to Guwahati from Bengaluru. From Guwahati, they travelled 220 km to reach Tura, a huge town that houses Balpakram and Nokek wildlife sanctuaries and the famous Siju caves. “The biggest attraction of the town is the Tura Peak, which is home to rare bird and butterfly species like Kohinoor, White Dragontail and Studded Sargeant. If you are lucky enough, you get to spot hoolock gibbons and ruby-eyed pit vipers,” says Ajith, who was lucky to get a glimpse of a ruby-eyed pit viper. 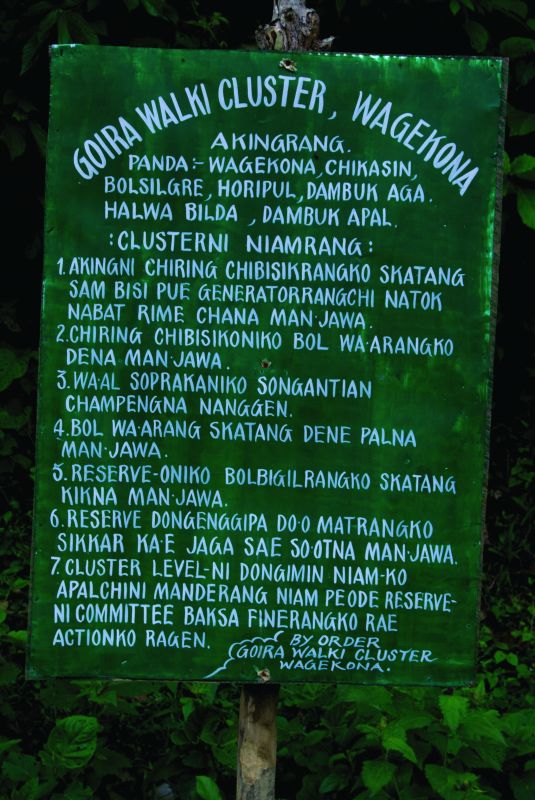 From Tura, the team proceeded to Karawani Valley located 110 km away. “On the way, we tried the local cuisine. Their main staple food is Kappa, a sticky rice dish taken with spicy meat and fish,” he adds. The next two days, they spent on the banks of the Someshwari River (Simsang in Meghalaya) where they stayed in thatched huts in the tribal hamlets. “It’s a wonderful experience – various butterflies around as we lie listening to the hailstones striking the roof made of corrugated iron…,” he remembers, adding that hailstorms are not always romantic as it can hurt people as well.

12 km into the forest covering hills, caves and waterfalls. “On the way, we could sight Asian Golden Cat and Red Panda. The geography is very similar to the Grand Canyon National Park in the US as it is situated 3,000 feet above sea level. Even the wind blows here at 40 kmph and it rains most of the time.

The Valley between the Khasi and Garo Ranges is where the tribals pray for the departed souls,” Ajith says.

The next destination was the Siju caves. “The word ‘Siju’ is a derogatory term in Garo language. The road was a national highway and we had to cross waterfalls on the way! I haven’t ever seen such a poorly maintained NH in my whole life,” he exclaims. The tiring trip took hours and they had to wait till daybreak to resume the journey. “We crossed a hanging bridge across the Simsang, watching the tribal hamlets on the banks. After a trek through the forest, we reached the 4,772-metre-long Siju-Dobkhakol Limestone Caves full of stalagmites, stalactites and beautiful waterfalls. Ittook us one whole day to cover the caves.”

The next day, we returned to Guwahati. Recalling the journey to one of the most peaceful places on earth, Ajith says, “A peaceful place, what makes Garo Hills a less preferred tourist destination is lack of proper road and power connectivity. Terror attacks are a tale of the past and it’s a peaceful region now.

You won’t see any concrete structures here. Even the bridges are built using wood and bamboo and it all gets washed away in the rains. A politically and geographically fragile place, it needs proper conservation. Even a slightest change in nature can harm the rarest of the rare flora and fauna in the region,” he feels.