Backpacker Jim Elliot Gergan on his unplanned trip to Manali and why one should stop planning trips. 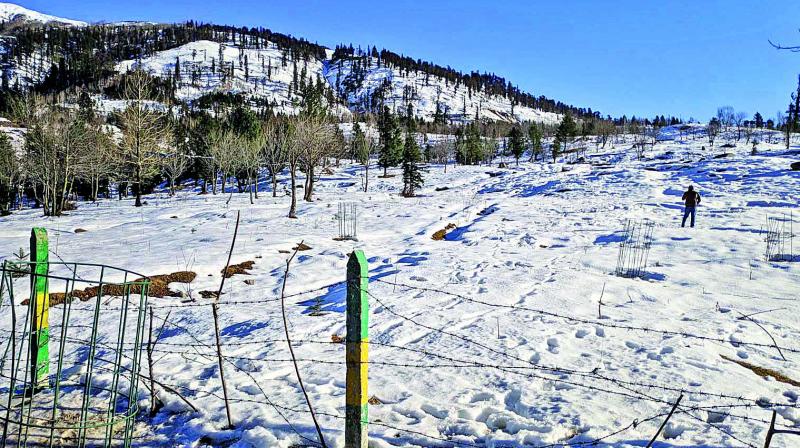 Manali is the town where bike enthusiasts would rent their machines and Jim's dream to ride on Himalayan roads came to fruition with a leap of faith.

“All action and no words is the best recipe for travel. One such spur-of-the-moment move made city lad Jim Elliot Gergan's nearly 20-year-old dream come true.

“At 2,050 m above sea level, Manali serves as a base to go on a wide range of adventurous expeditions. My parents worked in Himachal Pradesh, so I had witnessed a lot of these activities. One particular sight that had always captured my eyes was bikers racing through tiny hamlets and narrow roads with deadly drops,” says Jim, a backpacker, who was bitten by the wander bug when he was a kid.

Manali is the town where bike enthusiasts would rent their machines and Jim's dream to ride on Himalayan roads came to fruition with a leap of faith. “One quiet night after a brief conversation with my brother, we went online and booked tickets to Himachal. My brother and I knew only one thing about our trip: we were going to ride a bike in the Himalayas! As I had lived in Himachal I knew the place like the back of my hand. On reaching Delhi, we got on a Himachal Road Transport Corporation bus. It's a 14 to 16-hour bus ride to Manali,” recalls Jim.

“After gobbling down a plate of hot momos and rice noodles we walked into a bike rental company behind Day Star School, a well-known school in the town. After filling in a simple form and signing some papers, we were taken to our “beast”. Royal Enfield Himalayan was our first choice because; The Himalayan is a good bike if you don't like the heavy Royal Enfield Classics and Electra's. The only downside is that it doesn't have a kicker to start the engine. If it's really cold your bike might not start. (We found a solution, though). One needs to pay for his/her own fuel. My brother and I were overwhelmed on seeing the bike. We couldn't wait to ride it,” says the elated 24 year old.

According to Jim, riding in the Himalayas is a challenge. It's unlike riding anywhere else in India as the roads are shabby and even one wrong move can be fatal. “As my brother and I had never ridden on such roads we planned to go to places in and around Manali. Our biggest challenge was the cold. It was November. People thought we were mad to go riding in winter. However, we wanted to do it not only for kicks and bragging rights but because winter meant it would be an off season and we could travel without  any hindrance. Temperature was floating around 3 degrees, going well below zero after sunset. It was perfect,” states the fearless traveller.

They rode cautiously uphill to a place called Gulaba, also called “snow point”. Gulaba is a hamlet on the way to the infamous Rohtang pass, covered with patches of snow. “It was afternoon but it was freezing. Treacherous drops were everywhere. We respected the road, knowing very well what it could do to us. After about two hours we reached a point where the whole hillside was
covered with snow,” says Jim. As the sun sets early in winter, the brothers decided that they had had enough and it was time to rest.

Describing the experience, Jim says, “The view was majestic. Snow covered peaks, wet roads, the evening sun and gorgeous blue skies are sure to take one's breath away. It was around four or so that we decided to return. It must be noted that the best time to ride is when the sun is shining bright. Once the sun goes down, the temperature drops rapidly making it
difficult to ride.”

During the duration of their stay, they went to various places around Manali. Places Jim would recommend are Jogini Falls (you need to trek to for around an hour to reach this place), Nagger Castle (22km from Manali), Kullu (40km from Manali) Manikaran (80km from Manali) and snow point which depends on when you visit Himachal Pradesh. “Do not do the Manali-Leh trip if you're not acquainted with such roads,” Jim cautions.

Before concluding, Jim gives a word of advice to every aspiring traveler, “Life is too short to travel and see the entire world. So, stop procrastinating and do it! Do not plan anything. Go take that leap of faith and just travel!”

Delhi to Manali: Book your tickets by going to Himachal Tourism's site or use any mobile application for private services.

Stay in Manali: Manali offers a lot of rooms based on your preferences. Getting offers is also a possibility if you travel in offseason.

Bike Rentals: They are a common sight in Manali and one need not carry his/her motorcycle all the way to the Himalayas.