Why every woman must solo travel

Solo travelling should be on everyone’s bucket list and more and more women are doing it of late. 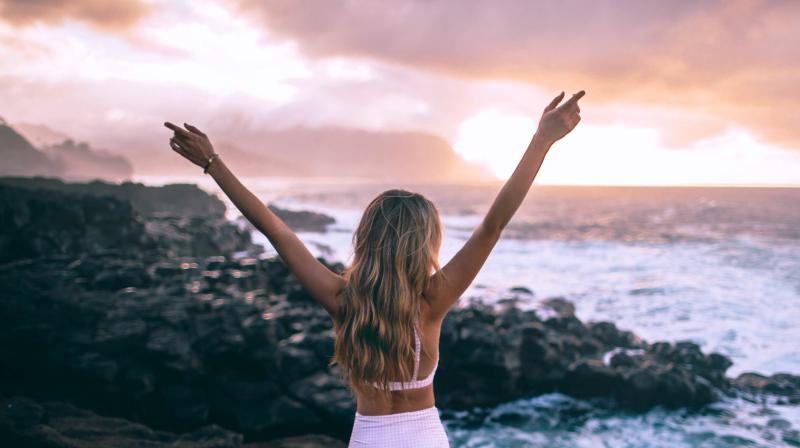 Reading some articles online and talking to other women who have solo travelled can imbibe you with confidence. (Photo: Representational/Pexels)

Solo travelling isn’t as romantic and idealistic as it seems, at least not at first thought. Booking tickets, negotiating with taxi drivers, finding an appropriate hotel in a safe area and spending days together with only your thoughts for company- it can be a daunting task for many.

Reading some articles online and talking to other women who have solo travelled can imbibe you with confidence. In recent years, more and more women are giving solo travelling time, putting off having children for this and spending money on themselves.  And now, with the world becoming a smaller place, every corner of the globe is accessible to even the most inexperienced traveller.

Since 2015, there has been a 45 per cent increase in women making bookings for solo trips, reported HostelWorld. A survey by Refinery29 also showed that 35 per cent women have already done a solo trip whereas 46 per cent are considering it.

There is plenty of inspiration to draw from the world to encourage yourself to solo travel- Jessica Nabongo is aiming to be the first black woman to visit every country in the world (she has covered 178 out of 195 so far); Karolin Klüppel is a photographer who travelled to the Himalayas and spent a year with the Mosuo, a matriarchal community where women can pick and change partners as they wish. Although, it is true that it is still difficult for women to travel solo to several countries which are deemed unsafe. Women have faced sexual assault and unwanted attention when men realise that women are travelling alone.

Despite all this, solo travelling has its charms. The real joy of solo travelling lies in the complete freedom it gives you. It is one of the few times in life that no one will expect anything from you and you aren’t answerable to anyone. You can do anything you want; guilt-free. People generally have a lot of expectations from women- family, spouses, friends and work and by solo travelling; you can turn your back, at least temporarily, on all of this.