Number of destination weddings on the rise

Find out one of the most popular location. 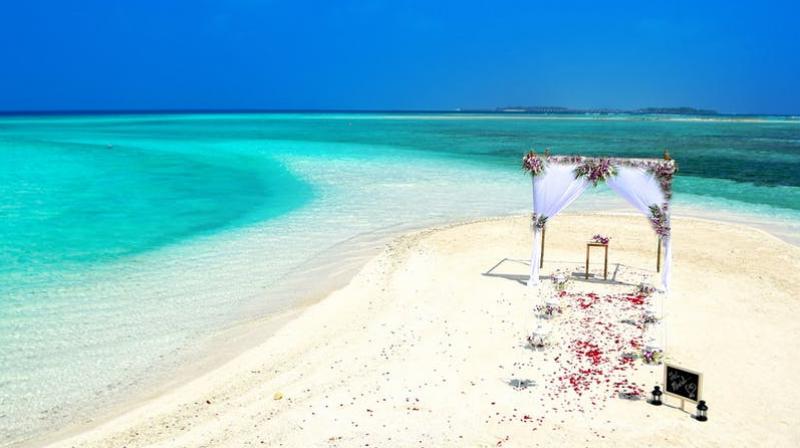 London: Seems like, many betrothed partners are choosing to add a fresh layer to their nuptial preparation by opting for a marriage abroad.

In other words, more and more people are choosing to have a destination wedding, a new report has claimed.

According to a report published by Kuoni, a tourism company, there is an increase of 14 percent in the business from 2016 to 2017.

The study revealed the most predominant travel trends and added statistics regarding overseas weddings.

As per the report, people are choosing warm climates for the ceremonies, with Mauritius coming out as the most popular destination wedding location.

While it may seem that the whole hoopla would cost a bomb, it was found out that overseas wedding came out to be exorbitantly less costly, according to The Independent.

It quoted Kuoni on the average spend on a destination wedding to be 7,500 GBP (roughly about Rs 7 lac).

The amount came out to be a huge difference from the average wedding cost - 27,161 GBP (roughly 26 lac), as reported by hitched.co.uk, last year.

The whole difference can be correlated to the number of guests at the wedding and the reduced party size.