Recharge your senses with a quick but relaxing visit to the scenic Thekkumbhagom village in Kerala. 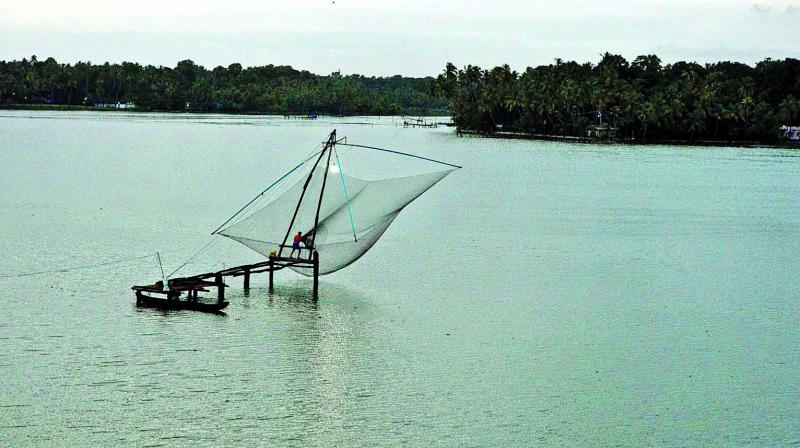 The place has also gained popularity after the shooting of Mammooty's Kutti Srank took place here.

The Dhalavapuram-Pallikkodi bridge near Neendakara at Thekkumbhagom in Kollam gives a nature lover umpteen reasons to make a stopover. Enveloped by the Ashtamudi lake on all sides, the Thekkumbhagom village connects with the outer world through two bridges-one at Neendakara and the other at Thevalakara. The 500m-long bridge at Neendakara, surrounded by turquoise waters, boasts of being the longest one in southern Kerala.

The bridge welcomes people to the village of Thekkumbhagom (Chavara South), which is rich in sprawling coconut palms and lush green trees. The crimson and orange rays of the setting sun and the shadowing graces of the tall trees have a spellbinding effect on all those passing by. 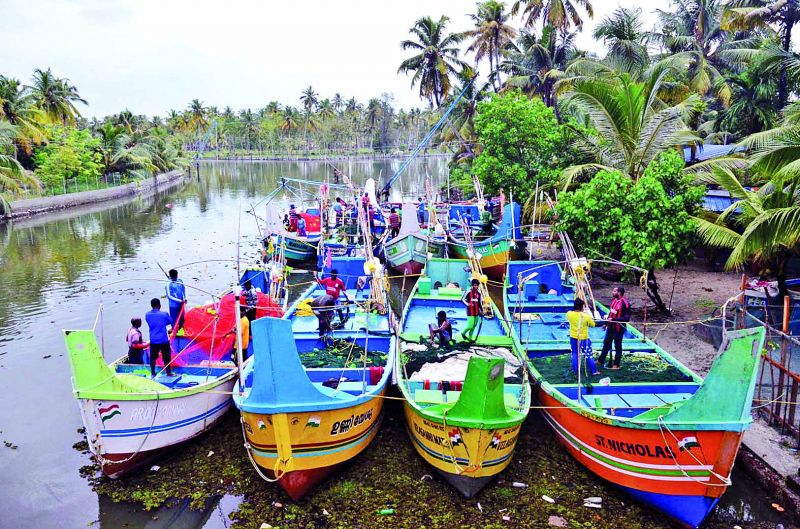 St. Joseph's Church located at the southernmost part of the village is an architectural marvel waiting to take your breath away. The area also boasts of plenty of aquatic wealth, including molluscs, crabs, and Karimeen. The  State Water Transport Department operates boat services from Kollam to Alappuzha through the national waterway, which passes underneath this bridge.

This area is pivotal to the cultural and artistic map of Kerala. Azhakathu Padmanabha Kurup, author of the first epic poem in Malayalam - 'Ramachandra Vilasom', and the legendary Kathaprasangam artiste Prof. V. Sambasivan spent their childhood and teenage years growing up in the lap of this serene countryside.

The place has also gained popularity after the shooting of Mammooty's Kutti Srank took place here. The 1,000-year-old Pankachodil Devi Temple stands out for its stone walls with engravings in the Vattezhuth script (a script used
in the olden days).

While it's difficult to enjoy the beauty of the backwaters of the Ashtamudi Lake from the traffic-heavy and accident-prone road, standing on the Neendakara bridge gives you a marvellous view of the mixing of the waters of the lake and the sea. At the Dhalavapuram bridge, it is the quiet beauty of nature that attracts visitors. 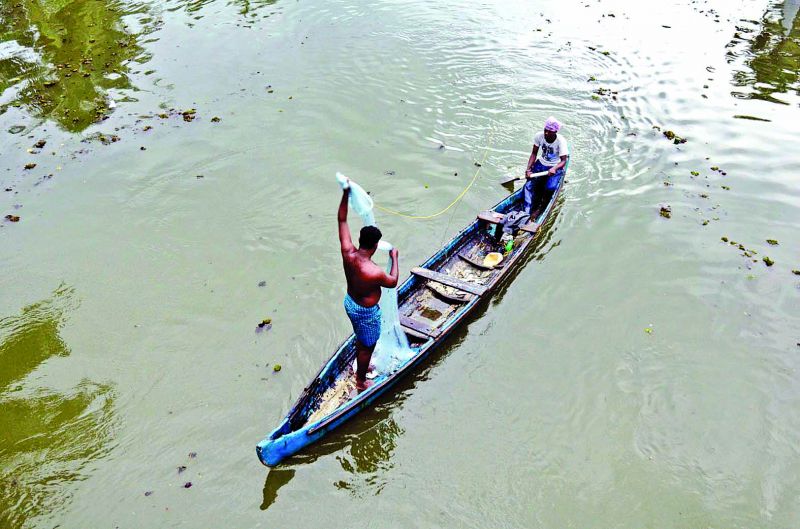 As we travelled past the bridge in the evening, it was time for the local fishermen to venture into the lake for their business. While journeying across the bridge, as the sun was gradually setting, we were lucky to see the raising and lowering of the Chinese Nets (Cheenavala). The sight of cranes trying to pick at the fishes caught in these nets was an unforgettable one.

The aerial view of the blue waters and the darkening skies seemed to put have a special effect on the visitor's mood. In the relaxed and mystic environs of the place, even the sight of a flock of birds returning home was beautiful, and so were their cries. A trip to Thekkumbhagom has been a refreshing and energising one. The bridge awaits more travellers to witness the various shades of nature's beauty as each day passes.

To access this scenic spot, you only need to travel a short distance of five kilometers from Vettuthara Junction near Neendakara to Thekkumbhagom.

(The author is a teacher, traveller and vlogger)