Wiebe Wakker has travelled the world in an electric car to raise awarenes about sustainability. 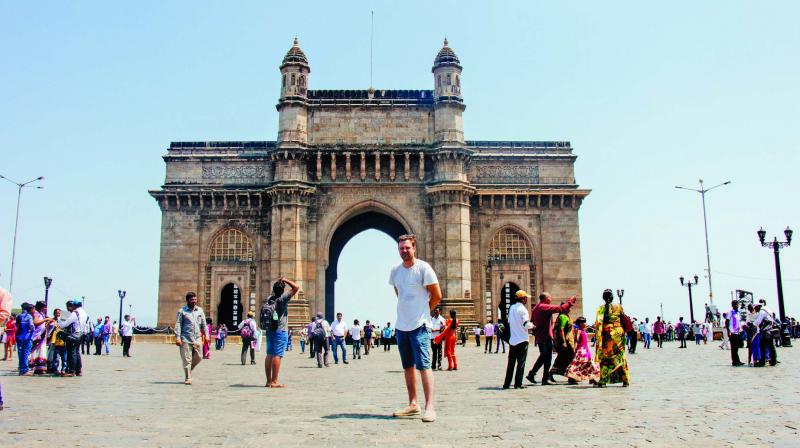 Wiebe Wakker’s experiment can very well make  for a reality show — a lone traveller, no money and a tour of the world. Since Wiebe doesn’t carry any money, his project depends largely on the kindness of strangers. Ask him if that’s a tall order and Wiebe will let you know that he has been successful in his attempts.

With his project, Plug Me In, the 29-year-old Dutch has embarked on a journey that has taken him from the Netherlands to Australia in a Volkswagen Golf electric car to make a documentary on sustainability. Those who are keen on helping him out, get in touch with him on his website to provide him with food, a place to sleep, or just electricity to charge his car.

The idea for the project comes partially from his graduation project, and also the example set by countryman Ramon Stoppelenburg’s project Let Me Stay For A Day. “I always wanted to make a journey in a special way, instead of going from hostel to hostel. A road trip was something that grabbed my interest because this way, you have the freedom to go wherever you want,” he explains, as he finished the last leg of his Mumbai tour on Tuesday.

However, this project is more than a road trip for Wiebe. It took him one-and-a-half-years to get it into motion. Wiebe doesn’t follow a roadmap for his journey, since his route is largely decided on the offers that he receives from strangers. The unplanned journey has so far taken him through the roads of Germany, Denmark, Italy, Scandinavia, Russia, Romania, Ukraine, Turkey, Iran and India. As of today, a little more than 700 people from about 40 countries have come forward to help him out. He is currently on a mission to reach Bangladesh.

These adventures came with a few hiccups of course. For instance, Wiebe had a difficult time in Romania after he didn’t receive much help from locals. “Another time, my car faced a mechanical problem in Norway. It later had to be towed away and fixed,” he recalls.

Wiebe also faced visa issues in Iran after a tourist company misled him. He recalls, “There were some problems with obtaining visas for Iran. I was working with a tourist company which appeared to be a fraud. I had to drive back from the Iranian border to Erzurum (a city in Turkey) to visit the consulate and start the process again.” 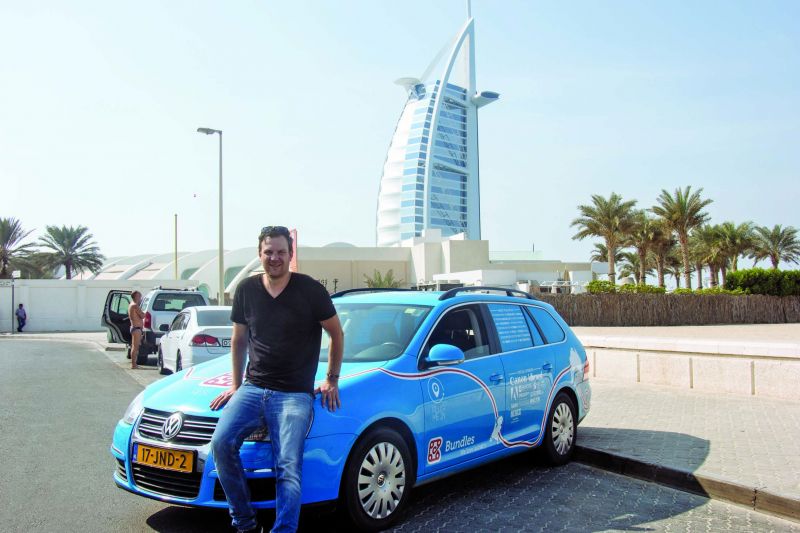 The 29 year-old in Dubai

But Iran is also where Wiebe received the most help. He observes, “People there are disconnected from social media. I thought I would never get any offers there but through an Instagram post of some car bloggers, I received almost 100 offers in a single day. Until today, Iran is the country were most offers are coming from.”

Even as he faced a bit of a hassle with his visa in India, Wiebe admits that the stay in Mumbai was smooth. He was lucky to meet a lady in Dubai who was kind enough to share her apartment in Andheri while she worked in London. During his stay here, he also met students from IIT-Mumbai, who build affordable “zero solar powered houses.” Wiebe seems to be might impressed with their efforts. He explains, “India is not well-known for sustainable building and yet these students have managed to make a net-neutral house in a time span of 10 days!” Interestingly, an interview with the students is part of the documentary.

Currently on his way to Bangladesh, the Dutchman will now navigate his way through Myanmar, Thailand, Malaysia, Singapore and Indonesia to finally reach Australia. Wiebe reveals he wouldn’t mind embarking on a road trip for the second time, if he had a chance to do it all over again — only because of the kindness of a few strangers. He says, “Everywhere I go, people are very willing to help me. I’ve had no frightening or bad experiences. I definitely want to do this one more time!”