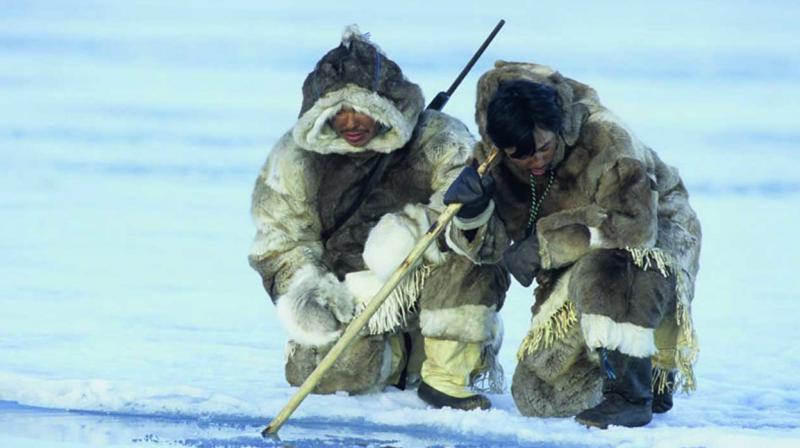 Speculation has abounded since Inuit hunters in the village of Igloolik heard the beep several times off the Fury and Hecla Straight in late 2016.

Montreal: A strange beeping noise in the Arctic has Canadians puzzled. Is it marine mammals doing something weird? A foreign submarine? Collective hallucination?

A military patrol and acoustic specialists are being dispatched to investigate, the army said on Thursday. Speculation has abounded since Inuit hunters in the village of Igloolik heard the beep several times off the Fury and Hecla Straight in late 2016. Located between the Northwest Passage and Hudson Bay, this shallow strait is usually frequented by narwhals, bowhead whales, ringed seals and bearded seals.

But in 2016, they all disappeared, according to Inuit hunters. “There are no animals left,” said Paul Quassa, a local elected official in the Nunavut legislative Assembly who believes the beep is responsible for scaring away the wildlife. Whatever the origin, this noise “comes from the bottom of the sea” and is loud, Quassa said after going to the spot with a group of indigenous hunters who first reported hearing it.

The Army dispatched in November a patrol aircraft equipped with a battery of sensors. After an hour and a half overflight, the crew found no acoustic anomalies nor any ocean surface or subsurface contacts, Major Josee Bilodeau of Joint Task Force North said. “The crew did observe two pods of whales and six walruses in the area of interest,” she added.

The noise has not been heard since the original report and the case was closed. But in response to local Inuit concerns, the military is dispatching two acoustic specialists to Igloolik who will join a previously scheduled Canadian Rangers patrol between January 25 and February 2.

The Rangers are a 5,000-strong Inuit military sub-reserve force tasked with keeping an eye on the vast and sparsely populated Canadian Arctic. “This patrol will give the specialists an opportunity to gather first-hand feedback from the local population who made the initial report,” Bilodeau said.