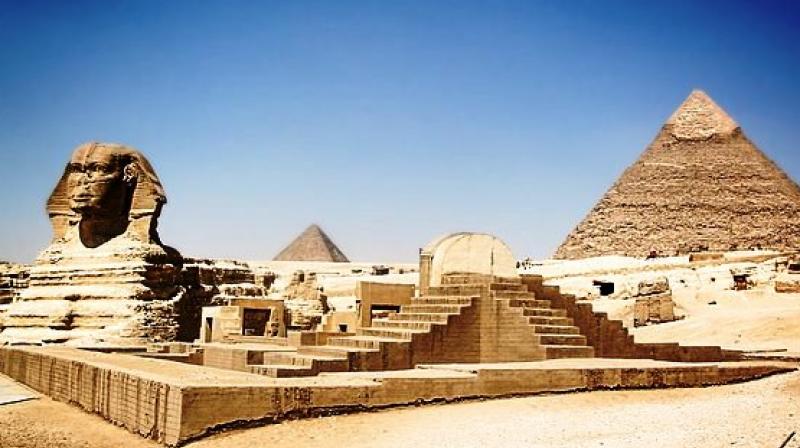 Tourism is a key sector in Egypt’s economy and a major source of foreign revenue. (Photo: Representational/Pixabay)

But it will soon lose some of the treasure from King Tutankhamun’s tomb to the Grand Egyptian Museum, due to open next year next to the Giza pyramids, while a collection of royal mummies is being transferred to another new site in Cairo, the National Museum of Egyptian Civilisation.

The initial restructuring of the Egyptian Museum will include the redisplay of several galleries near the entrance and the relocation of the Tanis Royal Tombs to the space vacated by the Tutankhamun collection.

Financed by 3.1 million euros of EU funding and backed by a consortium of five European museums including the British Museum and the Louvre, the project will also develop a long-term vision for the museum and, officials hope, allow it to win a listing as a UNESCO world heritage site.

Egyptian Antiquities Minister Khaled El-Enany repeated a promise that new museums would not pose a threat and that the Egyptian Museum, which houses more than 150,000 objects, should get “all the support and attention it deserves”.

“The time has come to shed new light on the museum’s rich collection, upgrade its physical structure and improve its research and programming activities to reach the highest international standards,” he told a launch event in the museum’s garden.

The apparently casual management and display of artefacts at the Egyptian Museum surprise some visitors. In 2014 employees damaged King Tutankhamun’s golden burial mask by glueing its dislodged beard back on.

But it charms many others with its old-fashioned feel. Some display cases date back to the mid-19th century when the collections were displayed elsewhere in Cairo, and there are signs have not been changed since the museum opened in 1902, museum director Sabah Abdel Razek Saddik said.

For Egyptologists, the museum is the “mother” of Egyptian museums, said Friederike Seyfried, director of the Egyptian Museum of Berlin, which is also participating in the project.

Tourism is a key sector in Egypt’s economy and a major source of foreign revenue. It has been gradually recovering from the political turmoil and security problems that followed the “Arab Spring” civil unrest of 2011.

Enany said he was aggrieved that Egypt had to confront the continued loss of antiquities through looting and smuggling. The government is currently battling to prevent the auction of an 18th Dynasty quartzite sculpture god Amen in the likeness of King Tutankhamun scheduled for next month at Christie’s in London.

“I’m deeply saddened to see every now and then some Egyptian antiquities put on sale in the international market. We have succeeded in the ministry in the last few years in repatriating thousands of objects and will continue to do so,” Enany said.

He appealed to foreign ambassadors and cultural attaches, international organisations, and UNESCO “to join efforts to stop the looting, selling and illicit trafficking of antiquities”.