Morocco is a trove of Jewish history if you know where to go. 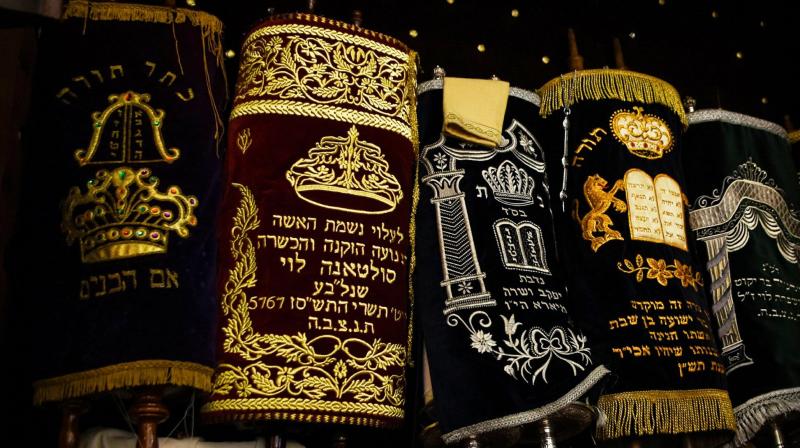 The Torah scrolls in the ark of Em Habonim Synagogue of Casablanca, Morocco. (Photo: AP)

Washington: With its mountains and desert, beach resorts and Berber villages, Morocco is a feast for travellers of all kinds, including those who want to explore the kingdom’s deep Jewish roots.

The presence of Jews in Morocco stretches back more than 2,000 years. Before the founding of Israel in 1948, estimates put their number as high as about 275,000, which was considered the largest Jewish community in the Muslim world, said Roy Mittelman, director of the Jewish studies program at The City College of New York.

Today, after vast waves of departures over the years, only about 2,000 Jews remain in Casablanca and about 500 elsewhere in Morocco, but the Jewish presence is still alive in a variety of sights. The Museum of Moroccan Judaism in suburban Casablanca, for instance, is the only museum on Judaism in the Arab world.

Jews of Moroccan descent, in Israel and around the globe, return to the North African kingdom often and some maintain second homes in familial regions. Jewish heritage tours to Morocco are abundant and easy to track down. Most cities have a mellah, which is an old Jewish quarter, along with Jewish cemeteries and synagogues.

Mittelman, who has spent 40 years absorbing the history, culture and religious practices of Jews in Morocco, leads groups of students on tours of Jewish sights as part of an advanced seminar. He said there’s plenty to read ahead of a visit.

He recommends Shlomo Dessen’s “The Mellah Society: Jewish Community Life in Sherifian Morocco” for more on pre-colonial Morocco, based on the writings of 18th- and 19th-century Judeo-Moroccan sages.

To learn more about the spiritual history of the Jewish quarter in Marrakech, he recommends the travelogue of Bulgarian Jewish writer Elias Canetti, “The Voices of Marrakesh: A Record of a Visit.”