Life   Travel  18 Jan 2019  6 places you must visit if you are honeymooning in Hawaii
Life, Travel

6 places you must visit if you are honeymooning in Hawaii

Just thinking about the vast beaches and luxury resorts is enough to melt away wedding stress. 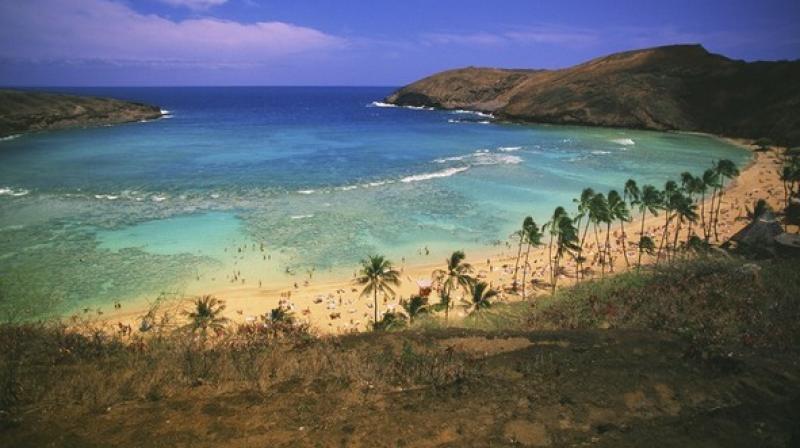 If you're honeymooning in Hawaii, make sure to add these six awe-inspiring sites across the Hawaiian Islands to your itinerary. (Photo: ANI)

Washington: Every year, thousands of people head to the islands of Hawaii for their honeymoon. Just thinking about the vast beaches and luxury resorts is enough to melt away wedding stress. But those who travel all the way to Hawaii just to sprawl on the sands of Waikiki are missing out on some of the most dramatic scenery in the United States. If you're honeymooning in Hawaii, make sure to add these six awe-inspiring sites across the Hawaiian Islands to your itinerary.

Found on the southeastern tip of the island of Oahu, about 20 kilometers from the state's capital city, Honolulu, Hanauma Bay is all that remains of a once-powerful volcanic crater. This stunning cove is a popular snorkeling spot.

Stretching across more than 27 kilometers of Kauai's northern shore, the Na Pali Coast is the island's most famous juncture with the ocean. The occasional waterfall adds to the already dazzling beauty of these jagged green cliffs. You can experience the Na Pali Coast from the Kalalau Trail, but this hike isn't for the faint of heart. You can also see the coast by boat or enjoy views on the cliffs from the eastern end of Route 560, about 17 kilometers west of the resort town of Princeville.

The short hike to Waimoku Falls - located in the southeastern part of Maui's Haleakala National Park - is a worthwhile detour along the island's famous Road to Hana Drive. One can follow the Pipiwai Trail through several bamboo groves and they will find themselves staring up at the 122-meter-high falls.

A less fiery view of Hawaii's volcanic history can be found at Molokinki, a half-moon-shaped islet found about 4 kilometers off the southwest coast of Maui - making it an easy day trip from Maui's resorts. Molokini is all that remains of a violent volcanic eruption that rocked the Pacific around 230,000 years ago. Today, the atoll (and the 31 hectares of ocean floor surrounding it) draws snorkelers and scuba divers, as well as boaters looking for a scenic place to drop anchor.

Although it's not nearly as large as its Arizona counterpart, the "Grand Canyon of the Pacific" boasts some memorable scenery. Numerous lookout points offer panoramic views of the 22.5-kilometer-long, 1,100-meter-deep canyon on the northwest side of Kauai. One can also follow Waimea Canyon Drive, which cuts through the state park and leads down into the canyon, weaving between the rusty buttes. One can also take a helicopter ride here.