For those seeking a spiritual experience, Vashishta Guha is worth it. 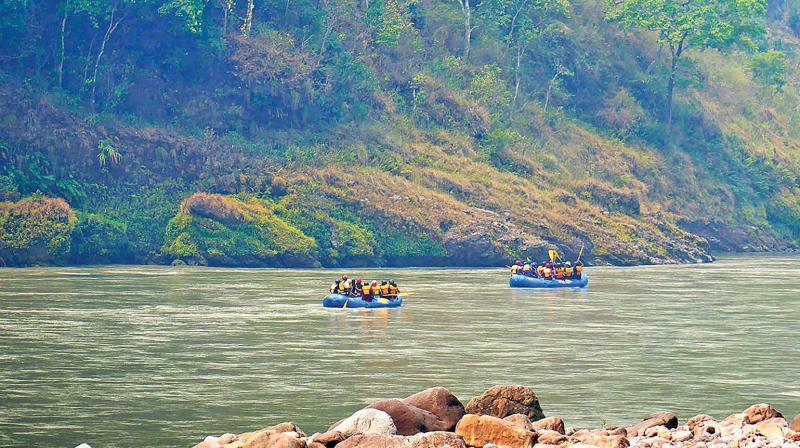 Rafting on the Ganges

Everything in Rishikesh has ‘been there from the time when Gods and rishis walked the earth’. People here believe the Ganges, the mountains and the Vashishta Gufa are testimonies to that fact.

A 6-km drive from The Aloha on the Ganges, a luxury hotel in Shivpuri, is the Vashishta Gufa or Guha. It is believed that Vasistha Muni, one of the seven immortal sages, meditated in this cave for hundreds of years. Sage Vasishta, son of Lord Brahma and guru of Rama, was a pious and powerful ascetic. His wife Arundathi and he had a hundred sons. Vasishta also had in his possession a divine cow named Nandini, which could feed all those who crossed the threshold of his ashram.

Nandini was the bone of contention between Vasistha and Vishwamitra (king-turned-rishi) who wanted the cow for himself. The bad blood between the two men deepened when Vasishta defeated Vishwamitra in a duel. The feud continued for many years before Vishwamitra, cunningly, killed all of Vasishta’s sons. Deeply saddened by the loss of his children, the rishi decided to commit suicide by jumping into the Ganges. But Ganga wouldn’t allow it. 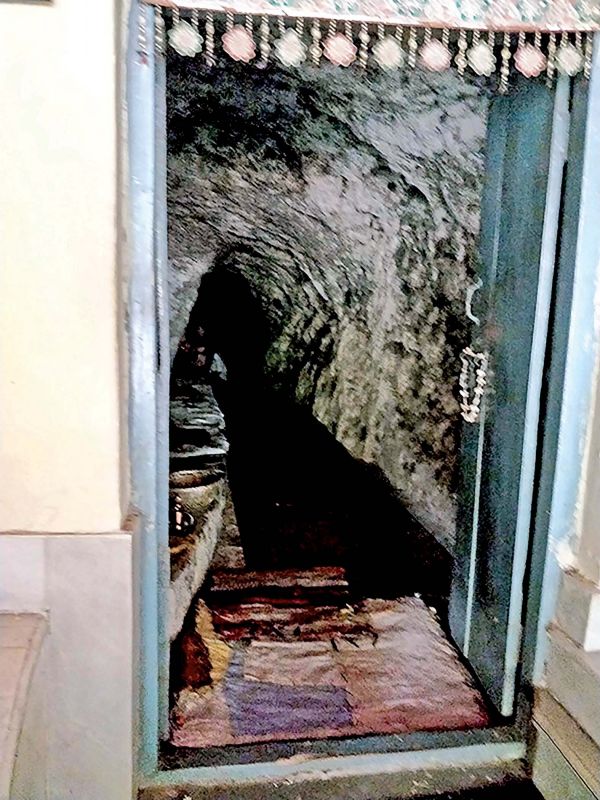 Entrance to the cave.

Mourning the loss of their children the couple travelled far and wide before they settled on the banks of the Ganges, where there was a cave in the middle of a Gular (fig tree) forest. Vasishta is then said to have spent hundreds of years meditating in this cave, which is now known as Vasishta Guha. It is believed that due to the penance of the powerful rishi, this cave is soaked in positive energy. And over the years, many ‘men of God’ have spent time in the cave meditating and drawing from that energy and in turn, adding their vibes to the energy pool.

Vasishta Guha was relatively unknown to the world until 1930 when Swami Purushottamananda, who spent a major part of his life in Kerala, discovered the cave. Currently, the place is managed by the Swami Purushottamananda Trust. The cave is also rumoured to be the one where actor Rajinikanth often goes to meditate.

The cave is located on the Rishikesh-Badrinath road. A concrete butter-yellow and rust-coloured arch by the side of the road leads you down a steep path 250 feet below. There’s no entrance fee. But you might find a few men with matted hair, and saffron robes, muttering “give us a little something”.

Trees frame the pathway with the Ganges below peeking through the leaves. And streaming down the vast Ganges are river rafters. The place is full of melodies — rustling leaves, the gently flowing Ganga, birds in the trees and the whispering breeze. But silence is the predominant intonation. 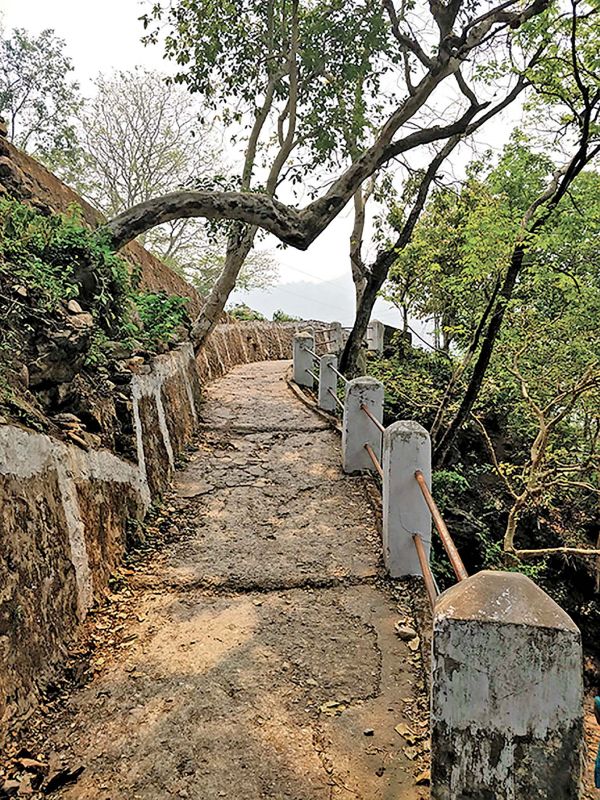 Way to the cave.

After a couple of bends, there’s flat land. On the left is the living quarters of sadhus associated with the Trust, cow sheds and other paraphernalia of worldly life. On the right, is an ancient rock-face rising vertically before disappearing into the treetops. In the front is the cave that one would easily miss if one isn’t looking for it. The façade is inconspicuous with an extended porch covered with asbestos.

The rocky cave is 60 feet deep with an opening that tapers into a narrow space that doesn’t allow two people to stand side-by-side. The deeper you go into the cave, the darker it gets. At one point, you’d be engulfed by inky blackness. It’s only towards the end of the cave that the darkness is broken by the flickering light of an oil lamp. There’s a Shiva Linga in a corner. People here will tell you that behind the Shiva Linga is an opening, which is now closed, that can lead you deeper into the cave and where there are rishis who have been meditating for thousands of years.

There are straw mattresses on the uneven floor. Around 12 people can meditate inside the cave. However, this place is not ideal for those who have claustrophobia. The air is much cooler here. There is a light fragrance of oil and flowers wafting in the air. You, like me, might not feel earth-shattering vibrations pass through, but there is an undeniable sense of calm in this place. And it carries with it a feeling of infinity. Nothing dies, everything lives.

(The writer is an artist, photographer, writer, columnist and traveller with a keen interest in art and culture)