Experiencing the power and beauty of Kirishima

Visitors can reach the area by bullet train from Tokyo, Nagoya, and Osaka to JR Kagoshima-chuo station. 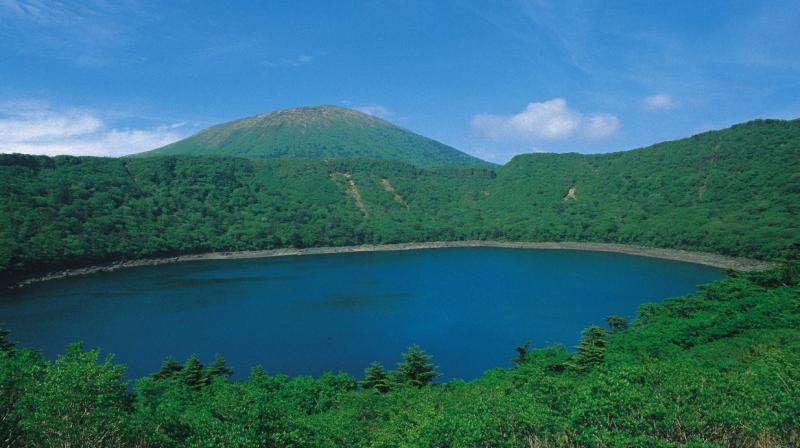 Kirishima-Kinkowan National Park spreads across Kagoshima Prefecture and Miyazaki Prefecture, uniquely encompassing three volcanic belts. Plumes of smoke rise over an expansive lava field, like a scene out of an epic movie.

With its combination of mountains, water, and lush green vegetation, the park boasts diverse scenery and abundant hot springs.  All of this awaits you in the Center of Kagoshima Prefecture’s Volcanic Region Kirishima-Kinkowan National Park.

Visitors can reach the area by bullet train from Tokyo, Nagoya, and Osaka to JR Kagoshima-chuo station. There are also regular flights to Kagoshima Airport. This is where your adventure begins!

Even among Japan’s largest national parks, none encompasses the more than 20 volcanoes, shimmering crater lakes, valleys, waterfalls, and surprisingly diverse seasonal vegetation for a volcanic landscape that the Kirishima region does. Kirishima’s diverse hot springs offer treatment for anemia, poor blood circulation, and liver trouble. All of this and more is located within proximity of Kagoshima Airport.

The tallest peak among the more than 20 volcanoes in the region is Mount Karakuni. At an altitude of 1,700m (approx. 5,577 feet), visitors can get an incredible panoramic view of Kirishima’s undulating mountainous terrain and Onami Pond Crater Lake.

Within the Kirishima mountain terrain, the Takachiho-no-mine peak holds a special place in Japanese mythology as the location where the deity Ninigi, grandson of sun goddess Amaterasu, descended to earth from Heaven and established the imperial bloodline.

Another major area of the Kirishima-Kinkowan National Park is the Kinko Bay district. The bay itself was formed by a huge volcanic eruption some 29,000 years ago. Even today, the active volcanic peak of Sakurajima continues to spew smoke as thousands of local residents go about their daily lives in its shadow, lending the city a uniquely dynamic atmosphere.

Yet another absolute visit is the Arimura Lava Observatory. This fantastical landscape is unlike anything you will see in all of Japan. At nearby Arimura coast one can find natural hot spring waters bubbling forth through the sands. Dig in and create your own heated foot bath!