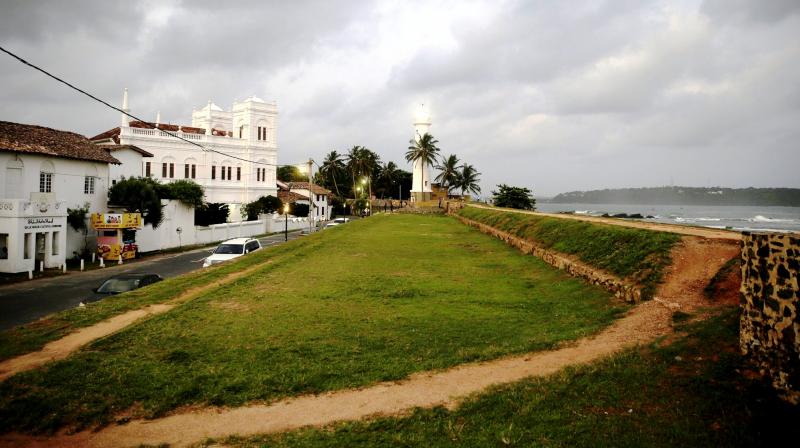 The coordinated suicide bombings on April 21 not only destroyed lives but also wiped out the livelihoods of Sri Lankans who depend on tourism. (Photo: AFP)

Colombo: Sipping fresh coconut water while sunbathing on deserted Hikkaduwa beach, Alexi Konchayenko, a sports trainer from Ukraine, struck a stoical note. Bomb blasts can happen “anywhere, anytime,” he said, adding that he was not afraid. “Sri Lanka is an amazing country. This is my first visit and I will tell my friends also to come.”

His is a lone voice — and a lone presence. Sri Lanka was the Lonely Planet guide’s top travel destination for 2019, but since the Easter Sunday attacks on churches and luxury hotels, foreign tourists have fled.

Many of those booked to come in the next few months have cancelled. Hotel occupancy across the island has plummeted by 85% to 90%. The tropical beaches, restaurants and shops are empty. The coordinated suicide bombings on April 21 not only destroyed lives but also wiped out the livelihoods of Sri Lankans who depend on tourism.

More than 250 people, including 45 foreigners mainly from China, India, the U.S. and the U.K., died in the Islamic State group-claimed blasts. Tourists normally come to Hikkaduwa, in the southwest, for the strong waves that are perfect for surfing and sparkling clear waters made for snorkelling. Today, of the 27 hotels, very few are open. Most, along with the eateries that line the 6-kilometre (3.7-mile) stretch of palm-fringed beach, are closed.

Among the few hotels still open is Hikkaduwa Beach Hotel. On April 21, all 50 rooms were occupied; today, only a handful. “It’s a real disaster. We don’t know what to do right now,” said Sanjeewani Yogarajah, an executive with the hotel. She said the attack has cost the hotel 5.5 million Sri Lankan rupees ($31,000), forcing the hotel’s management to send half the staff home.

Some tourism officials say the damage to the industry after the bombings is worse than during the 26-year civil war between the Liberation Tigers of Tamil Eelam and the government which ended a decade ago. At least then, the violence was mostly contained to the north of Sri Lanka, they said. This time, no part of the island has remained untouched by the blasts.

Lankesha Ponnamperuma, general manager of hotel chain Hikka Tranz, is one of the luckier ones. While most hotels report wholesale cancellations, he is surviving thanks to business from local residents. Last Friday, two-thirds of the 150 rooms were booked, mostly by domestic tourists.

“I haven’t sacked anyone yet. Instead, we are training our people to adjust their expenditure and helping them restructure their bank loans,” Ponnamperuma said. The president of Sri Lanka’s Hotels Association, Sanath Ukwatta, said hotels have offered 30-50% discounts to entice local residents.

Such a strategy won’t solve the problem, he said, but will “help at least to keep the hotels going.”

The manager of a clothing shop said the owner had shut the group’s other two shops and the factory too. “Business collapsed after April 21,” said Kumari, who declined to give her surname.

While life is gradually returning to normal on the island with offices and schools re-opening, the tourism industry is in a sombre mood over the slump in foreign tourists. Tour operators from Russia, Norway and Britain have cancelled bookings going right up to April 2020.