Headed to the North Pole

The 300-kilometer expedition using dog sleds is definitely not a cakewalk. 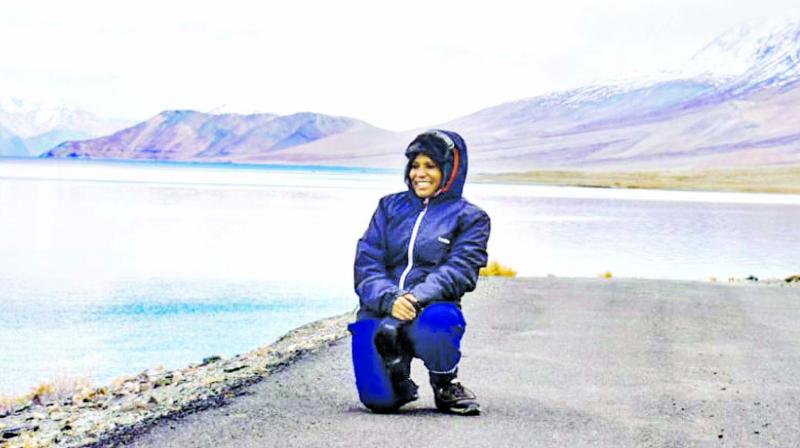 Novelist Nick Burd once wrote, “The world is vast and meant for wandering.” In Geethu Mohandas’ case, she has taken the idea of wandering to a whole new level. An engineer and ardent backpacker from Kerala, she has hit the high notes by becoming the first woman from India to be chosen to be part of the Fjallraven Polar Expedition. She will be joining 24 others from around the world in Norway on March 30 for the experience of a lifetime.

“This one was a shocker for me actually. I got selected from thousands of applicants in ‘The World’ category. The voting was up for almost one month, and in a few days I realized there has never been a female participant from the country. And I really wanted to change that”, says the avid traveller.

Ake Nordin was inspired to found Fjällräven Polar in the early 1990s, when he met Kenth Fjellborg, one of Sweden’s leading dog-sled drivers who had participated in Iditarod, the world’s most difficult dog sled competitions, through the harsh Alaskan wilderness.

The 300-kilometer expedition using dog sleds is definitely not a cakewalk. Participants have to prepare themselves physically, and, more importantly, mentally. “I have been a globe-trotter for years now and even conducted expeditions and camps. I have seen some of the best and worst along the way. But this one’s going to be the experience that will test my mettle as a traveller and a camper. I have been in contact with some of the previous participants from Kerala in Fjällräven Polar, and from them I have learnt that mindset is the key to get adjusted to the weather. Two things I am looking forward to is meeting my sled dogs and seeing the Northern Lights,” says Geethu.

Geethu hopes to inspire other female backpackers. “During online voting, I read some sexist remarks on social media when I posted a request to help me become the first female participant from the country. People were doubtful of my confidence, but eventually, I was able to turn the doubters into believers. And here I am, preparing to write postcards from Norway to my husband Aadish, and friends who gave me all the support I needed.”