Staying longer than 3 hours? Be prepared to pay more at the Taj Mahal 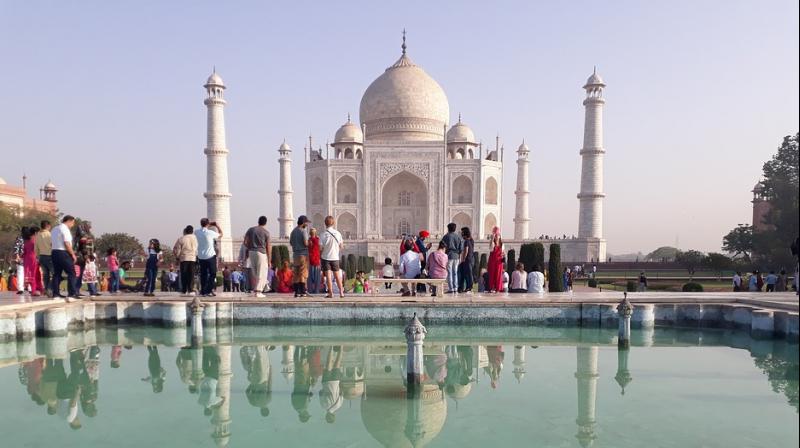 If tourists stay for more than three hours, then they have to pay the price equivalent to the original cost of the ticket upon exiting. (Photo: Pixabay)

India’s iconic Taj Mahal is its pride and joy. The UNESCO World Heritage Site attracts over 35,000 to 40,000 tourists on a daily basis, with numbers touching 70,000 on weekends. The burgeoning number of tourists must be controlled to preserve the Heritage Site.

There were talks about limiting the time for tourists once they enter the complex of the Taj Mahal. While talks were rife from April 2018, it was implemented only recently. Before, the guests could stay inside for the entire day which spanned from 30 minutes before sunrise to 30 minutes after sunset.

But now, if you want to admire the beauty of the Taj for more than three hours, it comes at a price. If tourists stay for more than three hours, then they have to pay the price equivalent to the original cost of the ticket upon exiting. To facilitate ease of navigation around the Taj, the heritage site installed seven turnstile gates at two of the entry points. An additional five turnstiles were installed at the exits, reported Conde Nast Traveller.

Several other measures have been implemented of late to combat the problem of overtourism. In December 2018, the price of the tickets for Indian tourists was inflated to Rs 250 from Rs 50. The Taj Mahal is also set to put a cap of a maximum of 40,000 tourists per day soon.

In 2018, the Supreme Court of India reprimanded the government for not taking adequate measures to preserve and safeguard the historic monument.  “We are concerned at the change in the colour of the Taj Mahal. We don’t know whether you have or perhaps don’t have the expertise. Even if you have the expertise, you are not utilising it. Or perhaps you don’t care,” the Supreme Court conveyed.

With overtourism becoming a cumbersome issue around the world, several famous tourist attractions are taking measures to tackle the problem. The Angkor Wat temple in Cambodia doubled its ticket prices in 2017 and also limited the number of tourists allowed in at a given time to 100. In early 2019, the Machu Picchu in Peru designated time slots in which tourists would be allowed to visit. Paris, Greece, Amsterdam and now even Mount Everest have fallen prey to overtourism.