Appetite for solo travel is growing among Indian women

Here is what leading online platform for travel and leisure experiences, Cleartrip found. 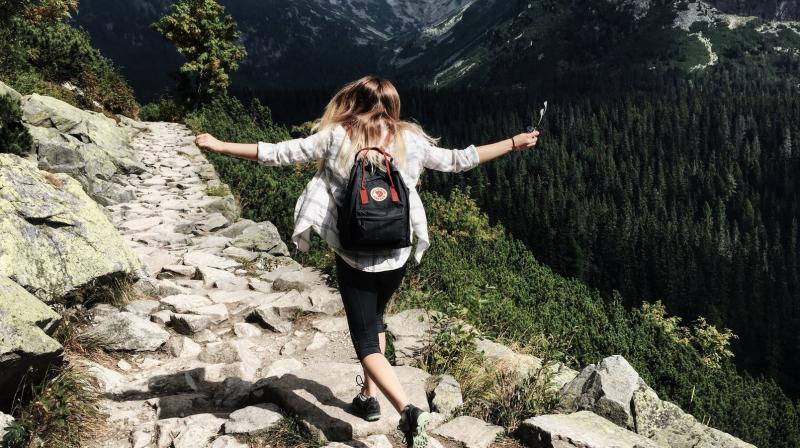 New Delhi: The idea of packing your bags and heading-off to an unknown exotic destination by yourself sounds thrilling, doesn't it? If the latest trends are anything to go by, it's just the thing that several Indian women are opting for.

Leading online platform for travel and leisure experiences, Cleartrip, revealed how more and more women in India are discovering solo travel in a new infographic, titled 'Women and Wanderlust'. What's more, these women are also increasingly becoming active decision-makers when it comes to choosing how to travel, where to go, and what to experience while on a holiday.

According to the infographic from Cleartrip, 75 percent of the travel bookings made by women were for solo travel, with a considerable share in overall mobile bookings indicating growing popularity of mobile as a preferred medium to search and make travel bookings online. While the share of women travellers in overall mobile bookings was 40-45 percent, their share was 30-35 percent for desktop.

In addition, with rising income levels among women professionals across the country, there has also been a marked increase of 22 percent in the number of women travellers taking international trips.

"With more women becoming financially independent and income levels rising, the concept of solo travel is increasingly gaining traction in the country. International travel has become affordable and accessible for Indians, prompting a large number of women to travel abroad on their own," said Balu Ramachandran, Head of Air and Distribution, Cleartrip. "Also, the overall connectivity has drastically improved and internet penetration is higher than ever. The proliferation of smart devices and greater social media exposure is allowing more women consumers to discover new destinations and travel experiences, and set-off on their own without any anxiety," Ramachandran added.

Furthermore, according to Cleartrip, the number of online travel-related searches by women has doubled, while the number of millennial women searching for travel-related information online has registered a 1.7x increase. In addition, maximum travel searches on the platform made by women originated from tier-1 cities such as Delhi, Mumbai, Hyderabad, Bengaluru, and Chennai.

However, an increasing number of women from tier-2 cities are also emerging as independent decision-makers when it comes to travelling, with 40 percent of the total searches on the platform made by women users from these regions. Leading non tier-1 cities include Ahmedabad, Indore, Chandigarh, Lucknow, Jaipur and Patna.