Tales from an all-India road trip

Lijin Lal and his friends explored many parts of the country in 21 days. 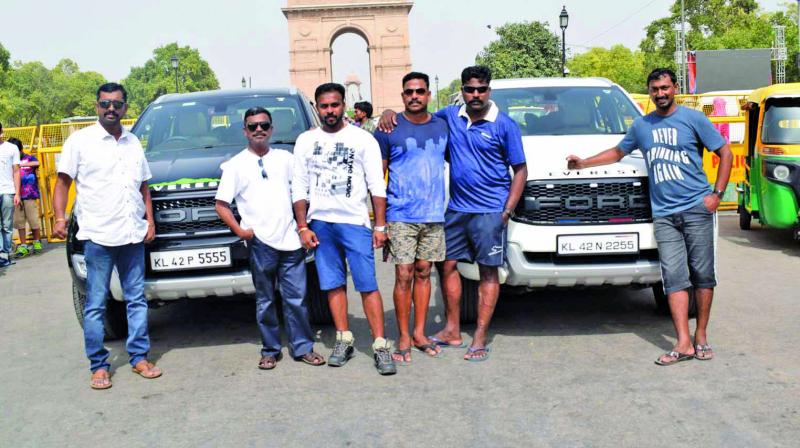 Due to the trawling ban, Lijin Lal and his friends, who work at Munambam Harbor, had some days off. They decided to make the most of this break by going on a trip. Both Lijin and his cousin brother, who are ardent travellers, along with their four friends, decided to go on an all-India trip on their Ford Endeavours. Their aim was to cover seventeen states in 21 days.

Since they had decided on the route long before the trip, they did some sticker works that detailed their route on both SUVs. They started their journey from Kochi and their first stop was Bengaluru. “In less than 10 hours, we reached Bengaluru. Here we did some shopping and sightseeing. As we had to cover thousands of kilometres, we could not spend much time there and proceeded to the next stop, which was Hyderabad,” says Lijin. 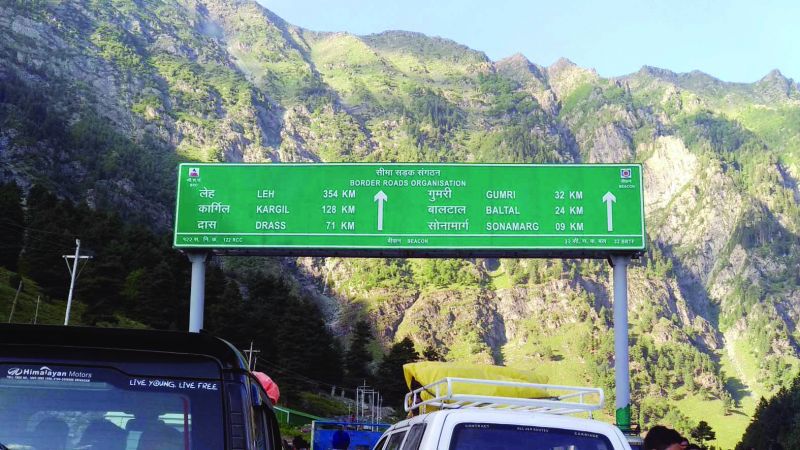 From Hyderabad, they took the Delhi-Amritsar route before reaching Srinagar. Once they reached Srinagar, they started to experience the real deal as the roads got narrower. In order to take a break from the roads, they spent a night there. The next morning they reached Gulmarg, which the group termed as the best place they have ever visited.

“Since it was our first trip to Jammu, everything seemed picture perfect; it was an indescribable experience,” says a smiling Lijin.  Visiting Kargil and the LOC was a dream come true. “Everything is controlled by the army. Unlike what the outside world hears about Kashmir, it was quite calm and full of life. Tourism seems to be affected by what the media writes about the ‘Kashmir issue’. Hotel rooms and restaurants were less expensive than we expected,” he says. 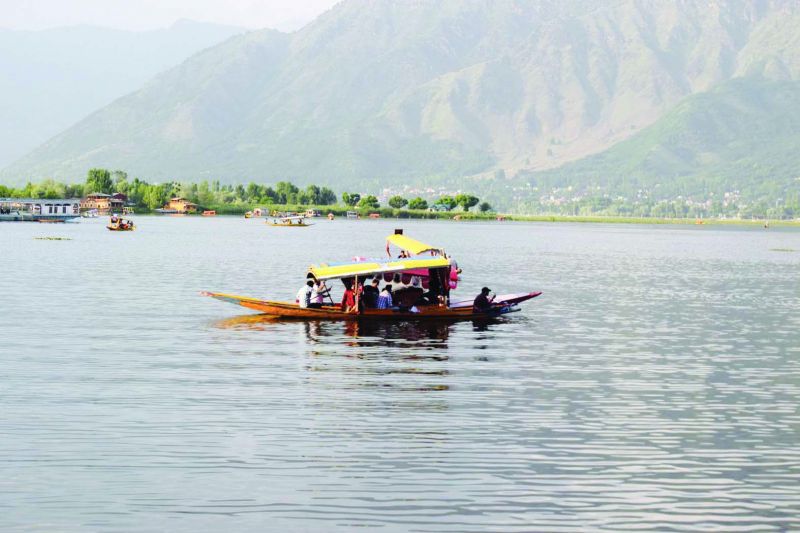 They started to get the feel of the off-road drive as they headed to Ladakh. Regarded as one of the most dangerous roads in the world, the drive on the Srinagar-Leh-Ladakh highway gave them memories for a lifetime. “Driving through the highway was no child’s play.  It is a dream road trip for travellers around the world. The Srinagar-Manali highway lets you enjoy both the beautiful and terrifying sides of the trip. As soon as you see the most beautiful sights, the next moment you may have to face hairpins, rocky terrains and gorges,” shares Lijin.

“The driver must be prepared mentally and physically for this trip as it is tiring. However, it is also a rewarding one. Make sure you have enough petrol; you need to stack and consume fuel intelligently while on the move. Enough food and water are necessary as you will find very shops few. And lastly, you must know the route well. Our mobile network coverage was disrupted at times and we were even stranded without knowing which way to go, especially at night. As we were looking for places that were less explored, we had to be sure about our route,” Lijin adds. 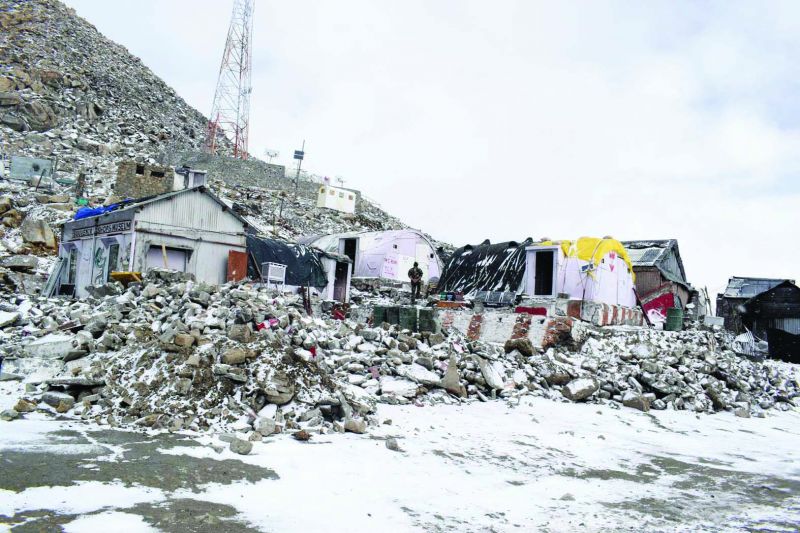 The group reached Manali and Kulu where they spent a night and headed to Delhi, then to Jaipur. “The pink city is one of the most beautiful places we saw during our entire trip. Not many buildings are pink in colour now. But from the locals we hear that the government is rebuilding the city and painting everything back to pink,” he says. From there, they proceeded to Kutch and then to Mumbai, before reaching Kochi, making it an unforgettable adventure.