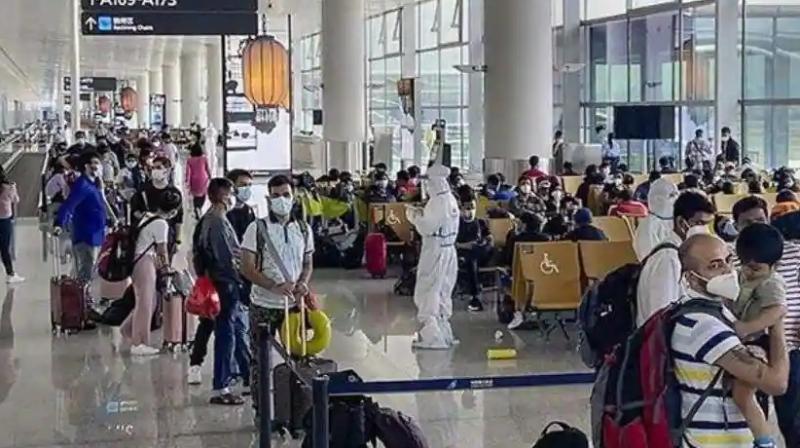 The announcement follows a diplomatic row after the UK had included Covishield in its approved vaccine formulations but refused to recognise Indians vaccinated with it as eligible for travel without quarantine measures. (Photo: AFP)

The two foreign ministers agreed to facilitate travel between the two countries, in a sign that bilateral ties are once again on the upswing following the removal of the irritant.

Just days after imposition of reciprocal measures by India from October 4, Britain had on Thursday night decided to recognise India’s vaccination certification system after prolonged consultations between the two nations.

“Good to talk to UK Foreign Secretary @trussliz. Agreed to facilitate travel between our two countries. This will help to implement the Roadmap 2030,” the external affairs minister tweeted. (sic)

From October 11, Indian travellers who have received both doses of Covishield or another UK-approved vaccine at least 14 days before arrival in the UK can travel without having to quarantine; will not be required to take a pre-departure test nor take a day 8 test following their arrival.

Earlier on Thursday evening, in an indication of things to come, India had said it was “hopeful” of a resolution of the vaccination-related travel restriction issue with the UK just days after New Delhi retaliated and imposed reciprocal regulations on British nationals arriving from the UK  to India from October 4.

Britain had last month recognised Covishield as an approved vaccine in an official travel update but had given no relief for Indian travellers arriving in the United Kingdom from October 4 who have received their two doses of the Covishield vaccine in India, with the British authorities indicating Britain has certain concerns about India’s vaccine certification process.