This summer Char Chinari Island in Dal Lake to get a new look to attract tourists. 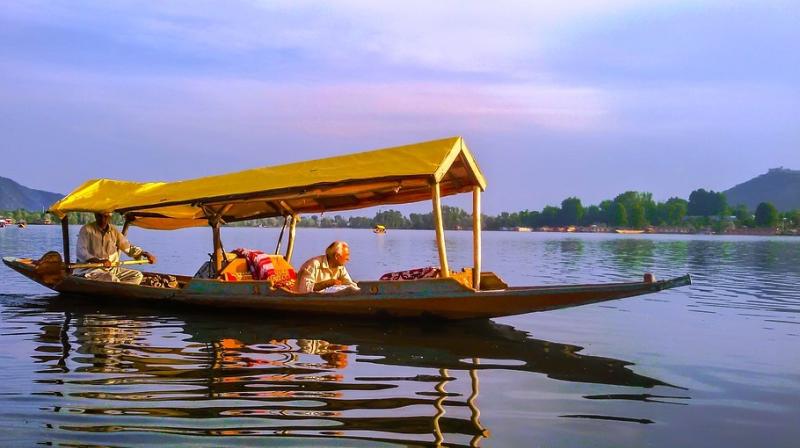 Chinar trees, found on the Char Chinari island on Dal Lake are one of the most important heritages of the beautiful valley. (Photo: Representational/Pixabay)

Srinagar: In an effort to attract tourists and restore the sheen of the famous island Char Chinari located at the Dal Lake, the tourism authorities have come forward to plant two new Chinar trees on the island.

It is a popular tourist destination and used to be one of the favourite spots of Bollywood films for shooting movies. Kashmir is popular for its traditional cultures and heritage that has for years attracted tourists from across the world.

Chinar trees are one of the most important heritage of the beautiful valley. The small island located in the Dal Lake has always attracted tourists during the Shikara riding.

Kashmir is also known as the photographer’s paradise. Earlier, filmmakers used to prefer shooting their films in Char Chinari, where the majestic Chinars at the four corners of the island were used to increase the beauty of the films.

However, two of its trees had decayed over time, especially during the 2014 September floods. Now, the department of tourism in support from Floriculture department of Kashmir have planted two new Chinar trees at this famous Island of Dal Lake. These two Chinar trees will help to restore its glory which will attract more tourists in the future.

A tourist spoke to ANI about the famous island and said, “Dal Lake is the most popular and beautiful lake in India. Char Chinaar has a different charm altogether with beautiful snow covered hills and greenery all around. I have come here five to six times and I always feel a sense of relaxation when I visit this place. Kashmiri people always welcome tourists with warmth and love. When we visit this place we also stay in houseboats and the houseboat’s owner treats us with some delicious delicacies every time.”

Stakeholders hoped that tourists would start returning to Char Chinari and the Valley in good numbers in the spring and summer seasons.