‘Marry’ a local for a day in Amsterdam

Amsterdam is coming up with innovative and off-beat ways to tackle the problem of overtourism in the country. 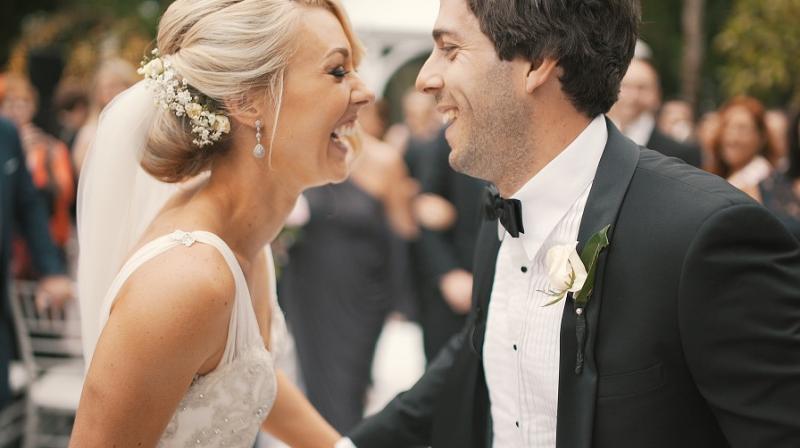 In a bid to get tourists to interact with the locals, Amsterdam launched a tourist campaign, ‘Marry an Amsterdammer for a day.’ This is one of the several ideas proposed by Untouist Guide to Amsterdam in collaboration with the city’s marketing organisation and local businesses.

The Untourist Guide to Amsterdam was launched to combat the problem of overtourism. It encourages tourists to visit to explore lesser-known parts of the city, along with locals. Other than ‘Marry an Amsterdammer’, activities like boat tour of the city by refugees and fishing for plastic in the canal are being started.

“The idea is that tourists not only feed from the city, but can also build a connection with people who live here,” said Jona Rens, founder of Wed and Walk, the shop-cum-chapel where mock weddings take place. Wed and Walk has been conducting mock weddings for tourists since 2015, reported The Guardian .

Wednesday, June 5 2019, witnessed mass fake weddings between tourists and Amsterdammers. Visitors bid for a listed bride/groom starting from €100. The brides walked down the red aisle with fake flowers, the ‘couple’ exchanged thrift-store rings and the ceremony was sealed with a hug rather than a kiss.

The local then introduced his or her ‘spouse’ to a new aspect of life in Amsterdam on the one-day ‘honeymoon’. Friends and family of tourists were also welcome to accompany them as long as the bid money covered the expenses. A part of the bid money was also donated to a charity chosen by the bride or groom.

Overtourism has grown to be a real problem for Amsterdam. Last year, 21 million tourists visited the city. In an attempt to handle the massive amount of tourists, campaigns like ‘Enjoy and Respect’ was started in 2018, which started fining tourists for creating nuisances in public.

The Untourist Guide took a fresh approach to the overtourism problem. “Influx of people from all over the world can be a very exciting opportunity,” said Elena Simons, social innovator. “Let’s do something with all that energy, all that diversity – something good for mankind and enjoyable at the same time.”

“Tourism can be so much more than grabbing a selfie at the canals,” said Nico Mulder of amsterdam&partners. “I’m not saying nobody will go to the Van Gogh Museum or Anne Frank House any more, but it’s really positive to see tourists and Amsterdam citizens more as one, instead of opponents of each other.”