Life   Travel  05 Jan 2018  Find out about the unique experiences one can only have in Peru
Life, Travel 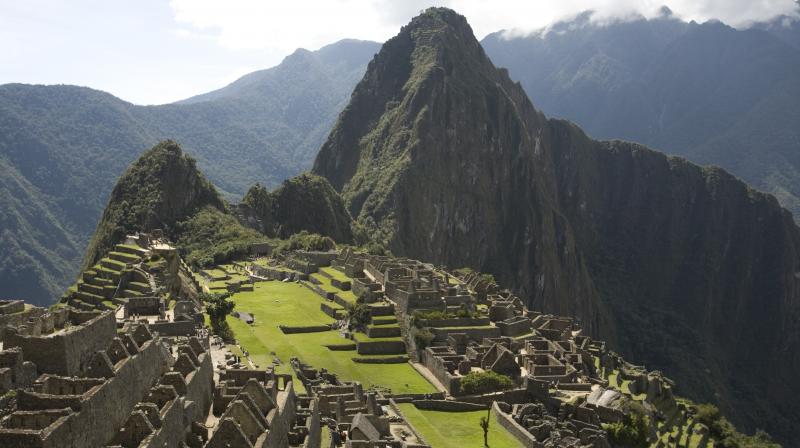 Machu Pichu was an Incan city surrounded by temples, terraces and water channels, built on a mountaintop.

From the oldest civilization in America, to the largest and most powerful empire of the southern continent, Ancient Peru conserves the architectural and artistic vestiges of fascinating cultures.

Discovering them is a breathtaking experience. A single trip is not enough to discover all the wonders of Peru. Here we highlight just a few magical places and experiences that must be lived and appreciated when you visit this country.

Machu Picchu: This Incan city surrounded by temples, terraces and water channels, built on a mountaintop. It was built with huge blocks of stone joined to each other without any mortar. Today it has been designated cultural heritage of humanity in recognition of its political, religious and administrative importance during the age of the Incas.

Chavín de Huantar: An impressive archaeological complex from the Chavín culture, with 3000 year old temples and sculptures made from stone.

Chavín was one of the most important cultures of the pre-Inca era. Its principal temple, located in the department of Áncash, was one of the main oracles of Peru. People came to this center to consult the oracle and to make offerings to the gods.

A visit to the complex includes a tour through some of its passages and plazas. The exterior walls are decorated with a series of important heads: zoomorphic faces carved in stone that guard the temple. Other highlights of the complex include the Tello Pyramid, the Circular Plaza, the Rectangular Plaza, the North and South North Platforms, the New Temple and the Old Temple.

Chan Chan: Chan Chan is the biggest mud-brick settlement in pre-Hispanic America, with its pyramid-shaped temples, plazas and palace. One of the most significant archeological sites in Peru, Chan Chan is well worth a visit.

The centre of the city is a series of 10 walled citadels. One of the outstanding details of the citadels are its decorative walls in high relief with motifs including geometrical patterns, fish and birds, among others.

Caral: The oldest sacred city in America and, at over 5000 years old, is the cradle of one of the world's first civilizations.

The Sacred City of Caral represents the origin of Andean culture, and it is the most ancient civilization in the Americas, with historical roots reaching back more than 5,000 years.

The Caral complex boasts a variety of structures, most notably the six pyramids with their circular plazas. Based on archaeological findings such as tools and artifacts, it has been established that its inhabitants supported themselves by fishing and farming.

Among the more important discoveries are the oldest "quipu" (an instrument used to record data) and 32 flautas (flutes) made from condor and pelican bones.

But their outlines can only be recognized clearly from the sky aboard small airplanes. Despite numerous studies, the lines are an enduring 2,000-year-old mystery that neither time, nor the regions powerful winds, nor any other natural adversaries have been able to erase.

Among the best-known figures are the hummingbird, the condor, and the monkey. There are more than 800 images outlined in the desert. The best way to view the extensive tracings is by flyover in the light aircraft that take off from the Nazca airport.

Kúelap: At the crest of the Amazonian Andes of northern Peru, is the imposing Fortress of Kuélap, built by the Chachapoyas, a pre-Inca culture that developed between 800 and 1470 A.D.

By its location and construction, the complex was designed to defend against other peoples; nevertheless the Chachapoyas were conquered by the Incas.

Amidst the green mountains, visitors can view the great, 20-meter (66 feet) high stone wall that protects the city and that begrudges only three entrances, in the form of narrow, walled alleys. In the interior of Kuélap, visitors may admire up to 420 circular stone houses with zigzag and rhomboid ornaments.

From above, the green landscape shows how nature protected this site. Reaching the archaeological complex is in itself an adventure that is well worth undertaking.