Thrilling places in San Francisco you must visit! 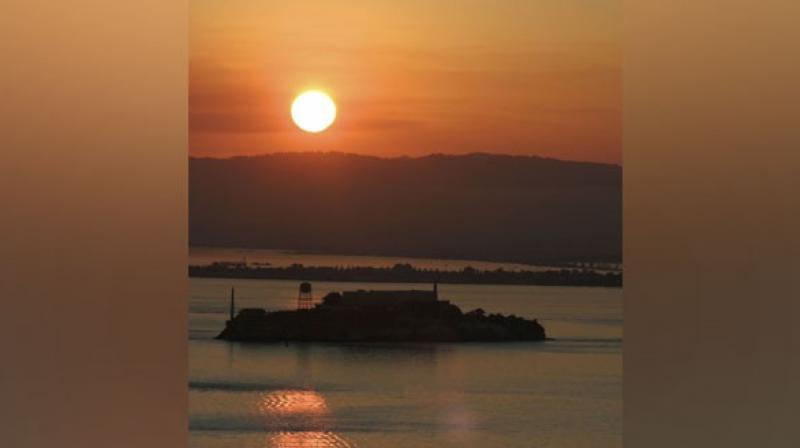 Here's a list of the five most eerily thrilling places along the San Francisco Bay that you can visit. (Photo: ANI)

Washington: The San Francisco Bay is known for a lot of things: piers, sailboats, beautiful beaches and quaint towns. But it also has a deeper, darker history of hauntings all along the coastline. Here's a list of the five most eerily thrilling places along the San Francisco Bay that you can visit.

Alcatraz: For a spooky adventure, one can’t think of a better place to visit than the ultimate infamous island haunted by the ghosts of ex-cons. Take the night tour, offered by Alcatraz Cruises; it can sell out quickly, so get your tickets early.

Make it a day: Nab a hearty lunch of clam chowder in a bread bowl or seafood po’boys in one of the streetside courts of Pier 39. You’ll need a good snack before heading off on this adventure.

Directions: Alcatraz ferries depart from Pier 33, on the Embarcadero.

China Camp State Park: Don’t let the beauty of the park fool you—there are ghosts here. Formerly a small fishing village and an outpost of the Bay Area’s Chinese immigrant population in the 1800s, today it’s one of the closest ghost towns to San Francisco. While its once bustling streets were formerly home to 500 people, three general stores, a post office, today it’s just a couple of creaky houses and the post office, along with a visitor’s station.

There’s also a small museum open on weekends to give visitors a taste of the fishing village’s history.

Make it a day: Pack a picnic! There’s a picnic spot right at China Camp Village where you can kick back and relax, eat, and even dip your toes into the water at the beach.

Directions: Take Golden Gate Transit bus 101 to the San Rafael Transit Center (about 54 minutes), and walk or bike to the trailhead (about 6 miles).

Angel Island: Known as the former Ellis Island of the West Coast, this one’s full of tormented history. Thousands of immigrants from Asia and the Pacific made their way through immigration on the island before they could step foot on the Golden Coast.

Though many of the original buildings were lost in a fire, you can visit and tour the renovated Immigration Station to explore some of the Bay’s darker history.

And if you really want to delve into the history of the site, ask your guide about the Angel Island poems, inscribed into the walls of the barracks by immigrants held on the island.

Make it a Day: Go for a bike ride and grab lunch at Cove Cafe. Read our guide to Angel Island for more ideas.

USS Hornet: The USS Hornet is not for the claustrophobic or faint of heart. The most notoriously spooky spot on our list is the aircraft carrier posted in Alameda, also known as the ship of spirits. Haunting the green fluorescent tinged hallways of the crew’s quarters or the sick bay, former crewman of the ship patrol the halls—those that were killed during the Hornet’s time of active duty. Self-guided tours of the ship are available through the USS Hornet Museum.

Make it a Day: Strange but not quite as scary, the Pacific Pinball Museum is also a non-profit dedicated to history and science, as well as art.

Directions: Take BART to the Oakland 12th street station, then transfer to AC Transit 31, which stops 1.5 miles from the Hornet.

Mayer Island Naval Shipyard: Unofficially haunted, the shipyard has long been the subject of local spirit tales, drawing groups of ghost-seekers who scour the grounds for proof of paranormal activity. Founded in the 1850s, the shipyard was a home base for the construction of a series of Navy vessels until it was decommissioned in 1996.

During that period, thousands of people made their home on the peninsula, leaving behind a clutch of abandoned buildings. Containing a cemetery, a morgue, and several abandoned living quarters, it would be hard to think there wasn’t someone there still hanging around. Take a tour to check it out for yourself.

Directions: To get to Vallejo take a Blue and Gold Fleet Ferry from San Francisco Pier 39.