Scientists have discovered a unique square monument hidden beneath the world-famous Avebury stone circle in the UK. 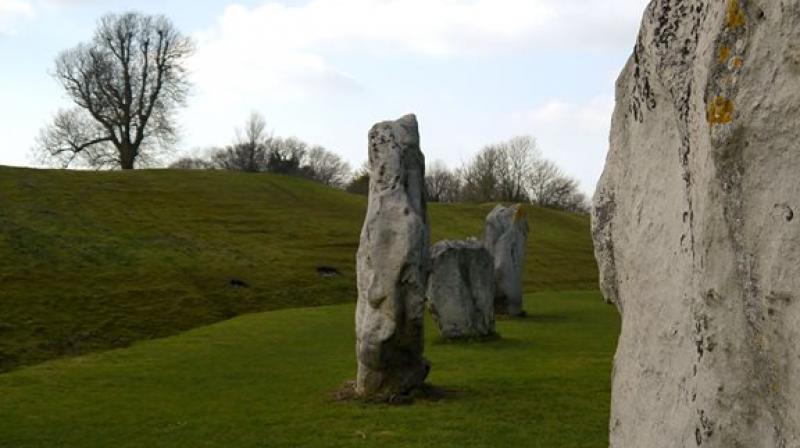 Scientists have detected and mapped a series of prehistoric standing stones that were subsequently hidden and buried, along with the positions of others likely destroyed during the 17th and 18th centuries (Photo: Facebook)

London: Scientists have discovered a unique square monument hidden beneath the world-famous Avebury stone circle in the UK.

The UNESCO World Heritage Site was built over several hundred years in the third millennium BC and contains three stone circles - including the largest stone circle in Europe which is 330 metres across and originally comprised around 100 huge standing stones.

Researchers from the University of Leicester and University of Southampton in the UK used a combination of soil resistance survey and Ground-Penetrating Radar to investigate the stone circle.

"Our research has revealed previously unknown megaliths inside the world-famous Avebury stone circle," said Mark Gillings, from the University of Leicester.

"We have detected and mapped a series of prehistoric standing stones that were subsequently hidden and buried, along with the positions of others likely destroyed during the 17th and 18th centuries," said Gillings.

"Together, these reveal a striking and apparently unique square megalithic monument within the Avebury circles that has the potential to be one of the very earliest structures on this remarkable site," he said.

Avebury has been the subject of considerable archaeological interest since the 17th century. The discovery of new megaliths inside the monument was therefore a great surprise, pointing to the need for further archaeological investigations of this kind at the site.

The survey took place inside the Southern Inner Circle, contained within the bank and ditch, and colossal Outer Stone Circle of the Avebury henge.

Excavations in 1939 had demonstrated the existence of a curious angular setting of small standing stones set close to a single huge upright known since the 18th century as the Obelisk.

Unfortunately, the outbreak of war left this feature only partially investigated.

The latest survey has finally completed the work. It showed the line of stones identified earlier was one side of a square of megaliths about 30 metre across and enclosing the Obelisk, said Joshua Pollard, from University of Southampton.

"Also visible are short lines of former standing stones radiating from this square and connecting with the Southern Inner Circle," Pollard said.

"Megalithic circles are well known from the time when Avebury was built during the late Neolithic (3rd millennium BC), but square megalithic settings of this kind are highly unusual," he said.

Researchers think that the construction of the square megalithic setting might have commemorated and monumentalised the location of an early Neolithic house - perhaps part of a founding settlement ? subsequently used as the centre point of the Southern Inner Circle.

At the time of excavation in 1939 the house was erroneously considered by Keiller to be a medieval cart shed. If proved correct, it may help understand the beginnings of the remarkable Avebury monument complex, and help explain why it was built where it was.