Aleppo’s Old City: A labyrinthine of World Heritage Sites in a sorry state

Syria's lost heritage stands out in Aleppo's broken minarets amidst the ruins. 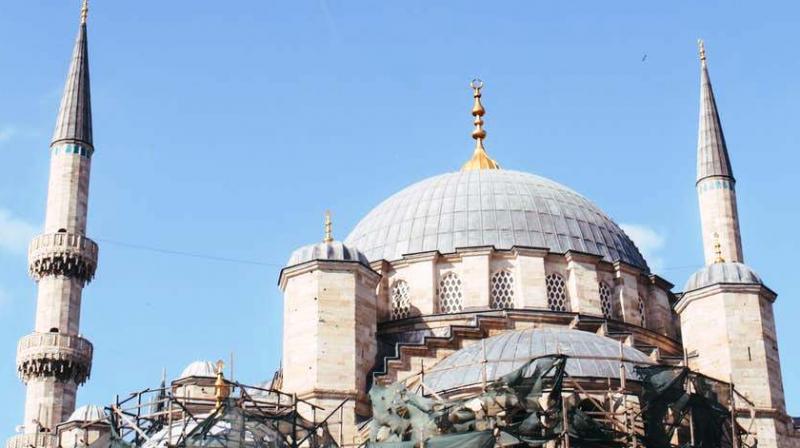 One of the tallest, loveliest stretches of the souk has already been restored, its collapsed domes rising again high above the cobbled floor using original materials and techniques. (Photo: Representational/Pexels)

Aleppo: The pencil minaret of the Ottoman Adliyeh mosque in Syria’s Aleppo lists to one side and is scored by an ugly gash running down its flank, the result of bombing in the war. The sorry state of Aleppo’s Old City, a labyrinthine World Heritage Site and a battlefield from 2012-16, is obvious from a glance across the skyline at its shell-beaten minarets.

They look down on an area that suffered massive damage in a conflict that brought down the medieval covered souk, smashed mosque domes and burnt churches. The UN cultural agency UNESCO in December said 10 percent of Aleppo’s historic buildings were destroyed and more than half the buildings they assessed showed severe to moderate damage.

But restoration work in Syria is controversial. With the exception of Islamic State, which deliberately targeted ancient ruins, all sides in the war have portrayed themselves as guardians of historical sites and their enemies as vandals.

A huge image of President Bashar al-Assad dangles from the monumental gateway of the ancient citadel in central Aleppo. Western countries that have imposed sanctions on Assad’s government oppose any reconstruction work until there is a political solution to the conflict, arguing it would reward him for war crimes they say he has committed but which he denies.

But that has cut off most funding from the nations that are normally top donors for cultural work - prompting state media to accuse them of complicity in destroying Syrian heritage. A few of the most famous monuments are slowly recovering. At the Umayad Mosque, bullet-scarred walls are being refaced and the stones of the fallen minaret are piled ready to be rebuilt under a yellow crane.

One of the tallest, loveliest stretches of the souk has already been restored, its collapsed domes rising again high above the cobbled floor using original materials and techniques.